Are Regulators Putting Business Ahead of Workers?

Taking sides: Accident vs. suicide in construction worker’s arena death: where are regulators? 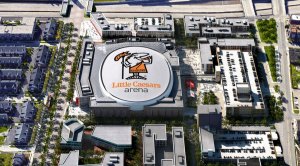 Accident or suicide— in the following incident involving a fatality, take note of the position of regulators. Let us know what you think about where the death should be attributed — was it an accident or a suicide?

In 2017, Michael Morrison, an electrical worker, died after falling 75 feet during the construction of the Little Caesars Arena (LGA), home to the Detroit Pistons and Red Wings. By mid-August of 2017, the Detroit Police Department, a Michigan OSHA (MIOSHA) inspector, and the Wayne County Medical Examiner had attributed the death to an “accident.” Opposing the findings, MIOSHA and the arena builders called the death a “suicide,” insisting that Morrison jumped seven stories.

In an April 2019 article, the Detroit Free Press observed, “Safety experts say MIOSHA’s decision to overrule its own inspector — who also labeled the death an accident — raises questions about whether regulators are putting big business ahead of Michigan workers. They also say that not counting workplace deaths correctly thwarts efforts to improve safety in the workplace.” The Free Press also stated that “Employers don’t want a workplace fatality on their record: It can drive up the costs of workers’ comp and other insurance, as well as the cost of performance and payment bonds. It’s a stain on their safety record, which can impact a company’s ability to successfully bid on other work. A suicide, on the other hand, is a ‘convenient way to close the case and move on,’ said Troy lawyer Shereef Akeel, who specializes in employment law. “It exonerates the employer and absolves them of any fault.”

Many sources and experts, including the Detroit Metro Times, support the Free Press’ account that “MIOSHA overruled its own inspector, ousted him, destroyed his handwritten notes, and declared the death a suicide.”

Accident or suicide? The Michigan Attorney General and the U.S. Department of Labor are looking into the death.

TapRooT® has a team of investigators and instructors with years of extensive training ready to offer assistance worldwide. We also offer ongoing support to our clients through free newsletters and Root Cause Tip Videos, the Root Cause Analysis Blog, and our annual Global TapRooT® Summit.

Register for one of our courses. We offer a basic 2-Day course and an advanced 5-Day course. Contact us  or call 865.539.2139 about having a course at your site or for further root cause analysis training opportunities. We’re here to find solutions for you.

One Reply to “Are Regulators Putting Business Ahead of Workers?”