CSB has recently released information about the refinery fire and explosion near Philadelphia. Here is they animation the produced…

Here is a link to the “factual update” they released:

And here is the CSB Press Release: 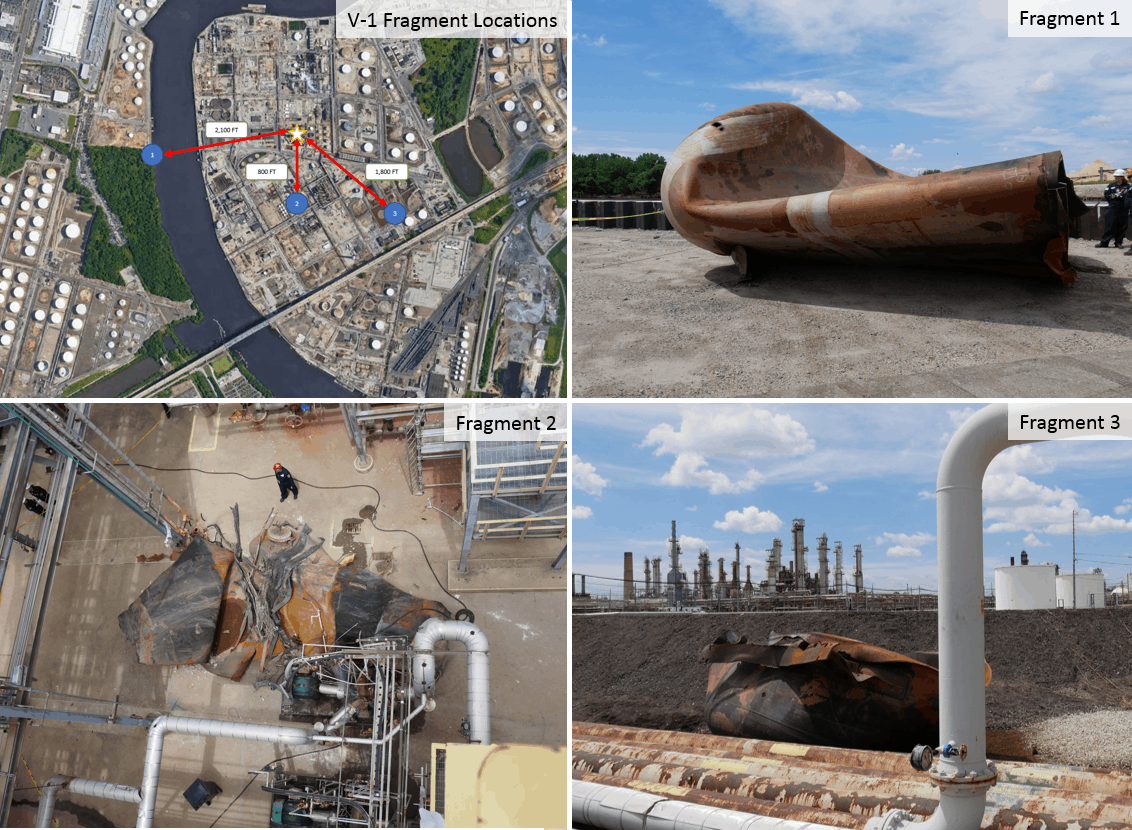 Chemical Safety Board Releases Factual Update and New Animation Detailing the Events of the Massive Explosion and Fire at the PES Refinery in Philadelphia, PA

Philadelphia, PA, October 16, 2019 – Today, the US Chemical Safety Board (CSB) released a factual update into the June 21, 2019, explosion and fire at the Philadelphia Energy Solutions (PES) Refinery in Philadelphia. The factual update notes that a pipe elbow, which had corroded to about half the thickness of a credit card, appears to have ruptured in the refinery’s alkylation unit, releasing process fluid that included over 5,000 pounds of hydrofluoric acid, or HF. The leaking process fluid formed a large ground-hugging vapor cloud. Two minutes later, the cloud ignited, causing a massive fire and explosions.

Interim Executive Dr. Kristen Kulinowski said, “Since 2015, the CSB has investigated three major incidents at refineries that utilize HF for alkylation. Incidents in Superior, WI, and Torrance, CA, fortunately, did not result in an HF release. That was not the case here in Philadelphia. Though the main tank holding HF was not breached, HF was a component of the process fluid released from the alkylation unit. We are lucky there were no serious injuries or fatalities.”

While the CSB’s investigation is still ongoing, the factual update notes important details of the incident collected through interviewing witnesses, gathering evidence and ultimately, piecing together the events that led to the explosion:

The piping was susceptible to corrosion from the hydrofluoric acid that was in the process fluid. The elbow that ruptured corroded faster than the rest of the piping in this part of the process.
While pipe thickness in this section of the unit was periodically measured to monitor corrosion rates, the thickness of the elbow that failed had not been monitored for corrosion. The piece of piping that failed had a high nickel and copper content. Various industry publications have found that carbon steel with a higher percentage of nickel and copper corrodes at a faster rate than carbon steel with a lower percentage when used in a process with hydrofluoric acid.
A secondary event at the PES refinery occurred when the V-1 Treater Feed Surge Drum ruptured, which launched a fragment of the vessel weighing 38,000 pounds across the Schuylkill River. Two other large fragments landed within the PES Refinery.
CSB Supervisory Investigator Lauren Grim said, “Corrosion is not a new issue for the CSB. In its prior investigation of a 2012 Chevron Refinery fire, we determined that corrosion caused the rupture of a piping component. Similarly, the 2009 Silver Eagle refinery fire was also caused by the failure of piping that had thinned due to corrosion.”

The CSB’s interim animation details the events which occurred at the PES refinery on June 21st, view the full animation HERE.

During the news conference, Interim Executive Kulinowski noted that moving forward the CSB is examining the need for more robust reviews of corrosion mechanisms as well as looking more closely at the use of HF in the refining process.

The CSB is an independent, non-regulatory federal agency whose mission is to drive chemical safety change through independent investigations to protect people and the environment. The agency’s board members are appointed by the President and confirmed by the Senate.

The CSB’s investigations look into all aspects of chemical incidents, including physical causes such as equipment failure as well as inadequacies in regulations, industry standards, and safety management systems. For more information, contact public@csb.gov.