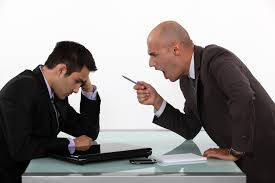 Have you ever had a boss that you needed to fire?

A boss that is:

I was making a list of the great leaders and mentors that I’ve had and that got me to think of the few really bad people that I’ve worked for.

Unfortunately, I couldn’t fire the bad ones.

In one case, I was in the military. In the military, you have no choice of who you work for. I know that movies make fragging (killing your boss) seem like an option in combat but I never considered that as an option. (Although, my Dad did during WWII. His wing commander was getting multiple pilots killed by bad calls. But he was lucky and didn’t have to choose between his commander and his fellow pilots. The Germans shot him down and the problem went away … although the bad boss survived). 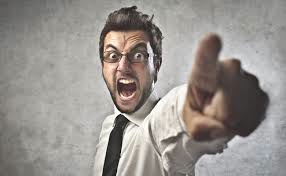 In the second case, the boss was a miserable soul. His only thought was getting himself ahead – he wanted to be a VP (which he eventually accomplished).  Luckily, he “traded” me away (think baseball trades) for someone else to advance his agenda. It was great getting out from under his “leadership.”

I guess what really makes these two bad bosses seem even worse are the great leaders that I’ve worked for and known.

Therefore, here is my advice…

If you don’t have a great boss at a great company, fire your boss.

How do you do that?

Find a great boss at a great company that wants you. Get yourself traded.

The other possibility is to make YOU the boss by starting your own company. This has it’s own rewards and problems. (For example, you may not feel comfortable living without the safety net of a big corporation.)

Or you could just wait. (This might be a miserable existence waiting for someone to either fire, transfer, or promote your boss,)

But I’d suggest NOT waiting.

Life is too short to live with a miserable boss.

And for those living under a bad boss, here’s a song for you …