The Reality of High-Reliability Organizations First, let me say that my high-reliability organization experience was in Admiral Rickover’s Nuclear Navy. Seven years and two ships – the USS Arkansas and the USS Long Beach – both nuclear powered cruisers. I had close friends on submarines and nuclear-powered carriers. To learn more about the Nuke Navy record and Rickover’s philosophy, read the series of article at:

So what is the difference between the research and reality? Here are some of the ideas to consider…

Rickover’s Nuclear Navy was the original high-performance organization. In my experience, there isn’t anything that comes close. I’ve seen research that described carrier flight deck operations as a high-reliability organization. But from the accidents and injuries I’ve seen or heard about, I just don’t think they meet the standard.

That brings up a question. What is the standard?

I think the answer is ZERO. Rickover’s Nuclear Navy was (and still is even after he is gone for almost forty years) an organization that achieves the amazing record of ZERO reactor safety related accidents. There were no fatalities, no major releases of radioactive material, and no core-melt accidents. And this record was set during Rickover’s leadership when the Navy was running hundreds of reactor at sea every year. Today that’s a record of sixty years of continuous operation of many nuclear reactors without a major reactor related accident.

If you are in the process industry, think of this as all the US refineries having no fires or explosions or significant environmental releases for 60 years.

For carrier aviation to qualify as a high reliability organization, they would have to have zero flight deck related fatalities, explosions, or aviation related crashes on all the US carriers for years. As far as I know, they don’t achieve this record for a single year (usually not a single deployment).

2. High-Reliability Organizations aren’t good at everything. 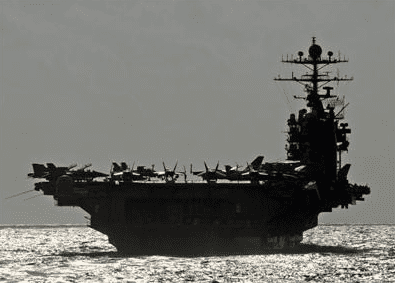 Rickover’s Nuclear Navy record for reactor safety was amazing. However, submarine or nuclear surface ship industrial safety was pretty average. Thus, the same excellence emphasis was not applied to everything.

Let’s use a sports example. If you are a great athlete, you have the chance to excel at a sport. But you probably can’t be good at every sport. The world’s greatest basketball player may not be able to switch over and become the worlds greatest baseball player … or golfer. They might be better than average but they probably won’t be great.

Why? Because being great requires focus. If your focus becomes too broad, you lose your focus and performance slips. Thus, you can talk about high-reliability organizations like they are great at everything, but they probably aren’t. They probably focus their attention to become great.

3. The high COST for exceptional excellence.

You can ask the Nuke Navy sailors about the cost of excellence:

Recruiting the exceptional sailors required to meet the highest standards wasn’t easy (and still isn’t easy). There is a financial bonus to keep Nuke Navy sailors in the Nuke Navy.

This is a significant chunk of change to keep the best from being recruited away because the average sailor just didn’t cut it in the Nuclear Navy.

The problem is that non-high-reliability organizations have on a double set of hearing protection. Many don’t hear or see the signals until dead bodies pile up at their feet.

There is no secret to hearing the signals. If you know what makes your systems highly reliable, then you make sure that these important factors are looked after, maintained, and nurtured. The Rickover article linked to above lays out these factors for the Nuclear Navy (and they are the same factors that apply in process safety).

If the budget is cut so much that safety significant maintenance isn’t getting done, the system is screaming at you. (This should be monitored and discussed in weekly management meetings.)

If you are having precursor incidents because of deferred maintenance, the top management (the COO) should know about it and should be demanding changes.

Thus weak signals aren’t weak if you are a high-reliability organization.

And if you think they are weak signals – you aren’t in a high-reliability organization.

That’s a start. I’ll stop here and not belabor the point.

Just my advice … take it or leave it.