How Do You Get to Brazil?

Come to Brazil and learn TapRooT® through one of these courses in the fascinating city of Sao Paulo:

Did you know Christ the Redeemer Statue in Rio de Janeiro is one of the 7 Wonders of the World?

Brazil is known for spectacular beaches, the flamboyantly colorful Carnival, and its symbolic statue of Christ the Redeemer at the peak of Corcovado Mountain. 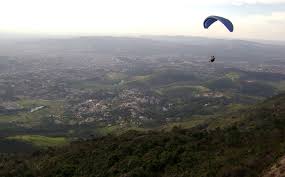 Pedra Grande: Take a hike on the trail; paraglide the skies over Sao Paulo; take in panoramic views—all from this gem in the middle of the city. Botanical Garden Of Sao Paulo: With exotic flora, the garden is conservatory of luxuriant landscapes and impressive collections of ornamentals, trees, and groves, as well as many lakes. See the orchid collection; visit the bamboo groves; dine at the great restaurant.

Get a Taste of Brazil

Experience the falafels, crispy on the outside and filled with goodness, at Tent of the Nile (Tenda do Nilo).

Have an afternoon or evening drink at Frank Bar. Dive into a coxinha at Bar do Luiz Fernandes.

Swing into Caso do Sabor for a tropical chocolate experience, from those who best know cocoa beans and cacao.

Register now for an experience in Sao Paulo that will both broaden you and further your career and professional development: