“Human Error” by Maintenance Crew is “Cause” of NYC Subway Derailment. Two Supervisors Suspended Without Pay. 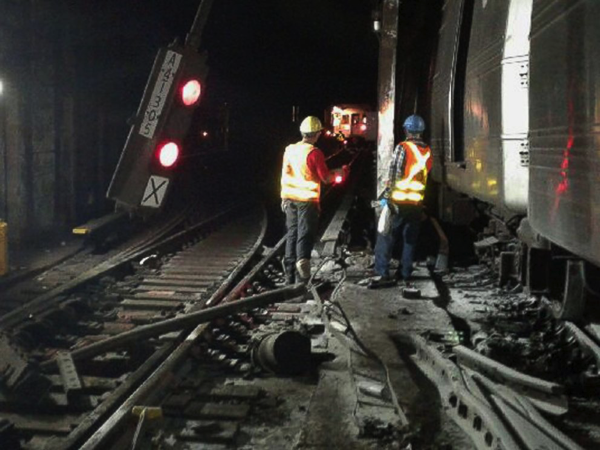 The New York Daily News says that a piece of track was left between the rails during repair of track on the NYC subway system. That loose track may have caused the derailment of an eight car train.

The rule is that any track less than 19.5 feet either be bolted down or removed. It seems that others say that the “practice” is somewhat different. This piece of track was only 13.5 feet long and was not bolted down.

But don’t worry. Two supervisors have been suspended without pay. And workers are riding the railed looking for other loose equipment between the rails. Problem solved. Human error root cause fixed…