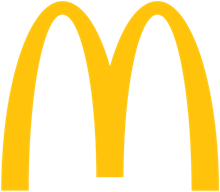 An angry motorist hits a 17-year-old employee who is directing traffic and breaks his knee. Normally, you would think the road rage driver would be at fault. But a UK court fined McDonalds $200,000.

Why? It was a repeat incident. Two previous employees had been hurt while directing traffic. And McDonalds didn’t train the employees how to direct traffic.

What do you think? Would a good root cause analysis of the previous injuries and effective corrective actions have prevented this accident?