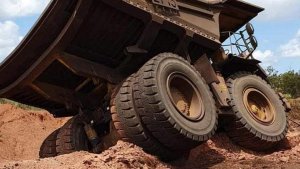 The images were of an excavator that had rolled over and a hauling truck on a precarious perch. The incident in one of the images was blamed on worker fatigue by the mine worker.

The Groote Eylandt Mining Company operation (GEMCO) is located on an island in the Gulf of Carpentaria off the Northern Territory Coast and produces high-grade manganese ore. In response to the mine worker’s shared images, the GEMCO Vice President of Operations Jo-Anne Scarini said in a statement to NT News that any repeat event was unacceptable and its investigation helped understand how safety could be improved.

A late-August 2019 incident involving a fatality in the NT has caused current and former mine workers to contact Construction, Forestry, Maritime, Mining, and Energy Union (CFMMEU) with concerns about the mine at Bootu Creek

Kane Lowth, NT organizer, stated, “They’re making allegations that similar slips have occurred recently, not dissimilar to the one that occurred on Saturday that took this gentleman’s life. If that’s the case, we want to know one, what the company’s done, and what the NT WorkSafe has done to make that right.”

Louth went on to comment, “I’m not happy with what’s occurring here in the Territory; Territory workers are three times more likely to die at work than anywhere else in the country, and that’s a disgraceful record to have.” 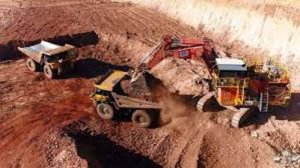 The industrial incident saw a miner, 59-year-old Craig Butler, engulfed under about 48,000 cubic meters of soil and rock at the Bootu Creek Mine, about 130km north of Tennant Creek.

The Australasian Mine Safety Journal (AMSJ) reported hearing from several former workers at the mine where Craig Butler died, saying, “Some told us that many people only will stay on for one swing because the ‘conditions were just that bad.'” The AMSJ reported, “There were ‘significant disregards for the basic tenets of mining safety’ and the ‘NT Government had failed to take action for several years,’ a former worker said.”

This Lessons Learned is from Australasian Mine Safety Journal‘s articles about the Bootu Creek Mine incident.

The Best Root Cause Analysis Leads to Effective Corrective Actions

The TAPROOT® SYSTEM teaches you to be a very effective problem-solver. The System is a process with techniques to investigate, analyze, and develop corrective actions to solve problems. The TapRooT® process and tools are completely described in the TAPROOT® INVESTIGATION ESSENTIALS BOOK SET. 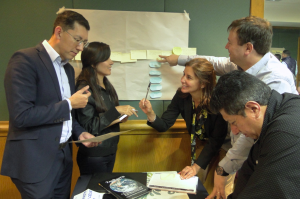 Register Today for a TapRooT® Root Cause Analysis Training Course

TapRooT® Root Cause Analysis Training courses are taught all over the world. If you are interested in learning how to stop repeat incidents, find a 2-Day or 5-Day course HERE. Or, we are available to train you and your staff on-site at your workplace; reach out HERE to discuss your needs. Call us at 865.539.2139 for any questions you may have. We are here to help you.