What’s the best way to respond to an accident?

Have a blame oriented investigation and then fire someone.

At least that’s the standard US Navy method to ensure improved performance. 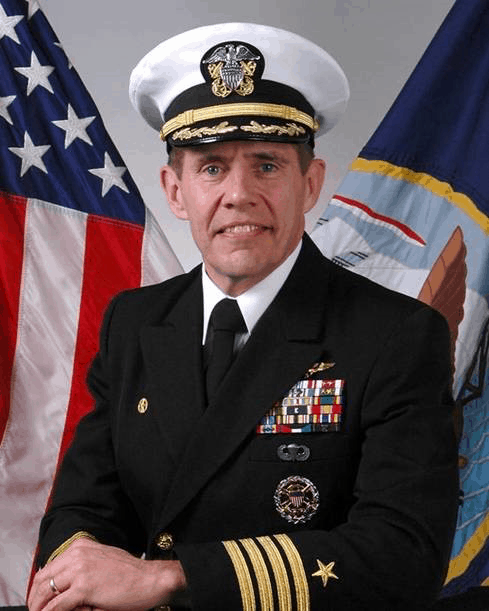 The USS George Washington had a fire. Thirty-seven sailors had minor injuries while fighting the fire and $70 million dollars in damage was done.

So what was the result of the Navy’s investigation? The Commanding Officer (pictured above) and Executive Officer were fired. Obviously, they were the bad guys. Firing them will fix the problems aboard the USS George Washington, a nuclear powered aircraft carrier. And fix problems across the fleet (which has been run hard during the war on terror). At least that’s what it appears from the Navy’s PR.

What! This corrective action isn’t good enough. But don’t worry … The new CO will probably discipline additional crew members. And no doubt they will caution everyone in the fleet. And … What about another fleet-wide safety stand down? The Navy likes those at least once every few years.

What “caused” the fire?

The “scuttlebutt” (Navy term for rumors – in this case from a Navy PR person) is that someone was smoking where they shouldn’t have been smoking and started a fire. (The guilty smoker has not been identified.) That fire somehow caught 90 gallons of refrigerant compressor oil ablaze. The refrigerant compressor oil was stored outside the normal flammable storage lockers. Aided by the burning oil, the fire spread through electrical cableways and the ventilation system to more flammable material in supply rooms.

Why do we have to rely on “scuttlebutt” for our info? Because the Navy has not released the “investigation” results.

What kind of investigation was conducted? The Chief of Naval Operations directed a Manual of Judge Advocate General Investigation headed by the Commander, U.S. Pacific Fleet. This is not a standard accident investigation. nothing like NTSB or CSB investigations. Advanced root cause analysis is not performed. These investigations are disciplinary in nature. People involved better have their attorney handy. Discipline is the most frequent outcome.

Being a Navy veteran, this typical action continues to make me sad. Why can’t the Navy figure out how to properly investigate operating problems and perform advanced root cause analysis? These skills should be a standard part of every officer’s “toolbox.” Admirals should be demanding that TapRooT® investigations be conducted of these major operational accidents. Instead, this fire investigation can be added to the list of poor investigations and failed corrective actions that don’t address the root cause of major operating accidents. Here’s a small sample of the types of accidents I’m talking about:

Then real performance improvement can begin.