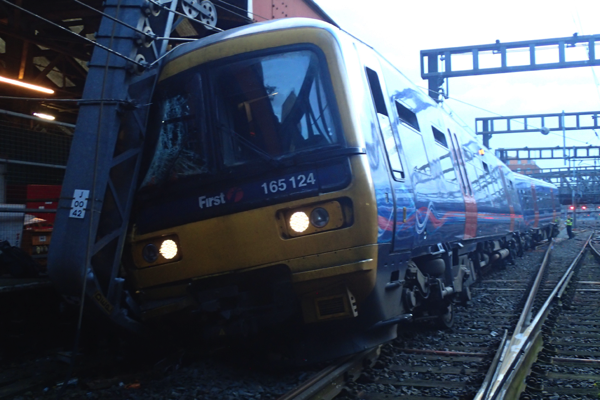 At 18:12 hrs on Thursday 16 June 2016, a two-car diesel multiple unit train, operated by Great Western Railway (GWR), was driven through open trap points immediately outside Paddington station and derailed. It struck an overhead line equipment (OLE) mast, damaging it severely and causing part of the structure supported by the mast to drop to a position where it was blocking the lines. There were no passengers on the train, and the driver was unhurt. All the the lines at Paddington were closed for the rest of that evening, with some services affected until Sunday 19 June.