I went to the land-based prototype S1W (the prototype for the Nautilus) for nuke power training – serving my first qualified Engineering Officer of the Watch there – and served as Main Propulsion Assistant, and received my Engineer qualification aboard USS Long Beach. But I didn’t meet Admiral Wilkinson until 1986, when I invited him to speak to the management at Savannah River Plant about Admiral Rickover’s approach to nuclear safety.

He was a great speaker, and I could obviously see why Rickover picked him for the honor of commanding the first nuclear-powered submarine. I could also see why, after the accident at Three Mile Island, Dennis Wilkinson was chosen by civilian nuclear power executives to be the first CEO of the Institute of Nuclear Power Operations (INPO).

He had an impressive life and truly understood what it takes to make process safety a reality. He will be missed by all who knew him. 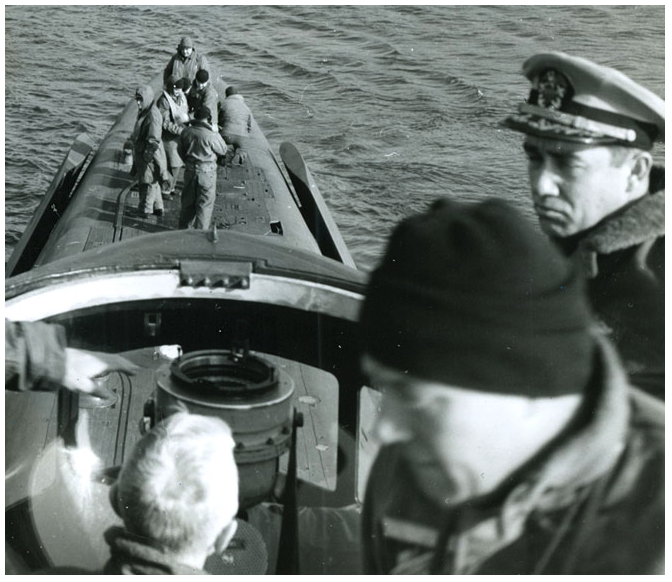 Captain Wilkinson with the USS Nautilus