Navy Times: The Ghost of the Fitz

I read an article today about the conditions aboard the USS Fitzgerald before it collided with the ACX Crystal. It was unbelievable.

Here are some quotes from the Navy Times article with information from a report and testimony by Rear Admiral Brian Fort, who inspected the ship after it arrived in port after the collision: 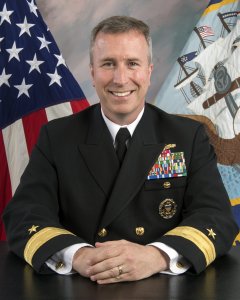 “…a pee bottle that had tipped and spilled behind a large-screen display.”

“There was debris everywhere, food debris, food waste, uneaten food,
half-eaten food, personal gear in the form of books,
workout gear, workout bands, kettlebells, weightlifting equipment,
the status boards had graffiti on them.
I’d never seen a CIC like that in my entire time in the Navy.”

“The more Fort looked, the worse it got:
broken sensors that were reported for repairs but
never fixed, schedule changes ordered by superiors high
above the Fitz’s command triad that delayed crucial maintenance,
taped-up radar controls and, worse, sailors
who had no idea how to use the technology.”

This should be shocking to anyone that a US Navy ship could be run this way, but if you read the story, it just gets worse. The Navy tried to hide this information.

It has been a long time since I was in the US Navy. Over 30 years. Back when I was a qualified Office of the Deck and qualified Surface Warfare Officer, any of these conditions would have been unacceptable. The Chiefs (supervisors) would not have allowed it. Good junior officers would have reported problems and got them fixed. Department Heads would have had a fit. And the Commanding Officer (CO) and Executive Officer (XO) would have been screaming at the top of their lungs.

Besides the crews leadership, I don’t see how a ship in this condition would be allowed to get underway. Various inspections and reports would have shown that the ship was not capable of going to sea. 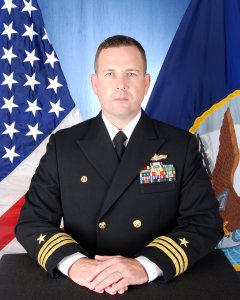 To me this means that the start of these problems must go back more than a decade. Perhaps 15 or 20 years. What was going on in the Navy 15, 20, or even 25 years ago that might have contributed to this culture change?

Here are some of the changes in the past 25 years. Which ones do you think contributed to the loss of standards:

I don’t know what the biggest factor is, but all the change and cost cutting must have had a significant impact from the time the Admiral was a junior officer until now.

What can the Navy do to fix these problems that the Admiral found abroad the Fitz?

First, covering up the problems with fake accident reports and Court Martials (that lay blame rather than identifying the true root causes) must be addressed. Real, effective root cause analysis will point out the Management System problems that are at the root of the cultural issues.

This problem didn’t happen overnight. It certainly can’t be solved with a “seamanship” Navy wide stand down for a day.

If effective corrective actions are started now, perhaps a decade from now a new culture can be established and we can have a fleet that is ready for the challenges that it faces.

However, if the Navy doesn’t face the facts and fix the problems root causes (which isn’t just one bad CO with some bad crew members) – the story the Navy seems to be going with now – then I’m afraid, we will see more disasters in the future as the real problems fester, unfixed.

Please leave your comments about the state of US Navy readiness and what can be done as a comment.

2 Replies to “Navy Times: The Ghost of the Fitz”