When I was in the Navy, people called it “gun-decking the logs.”

In the Navy this means that you falsify your record keeping … usually by just copying the numbers from the previous hour (maybe with slight changes) without making the rounds and taking the actual measurements. And if you were caught, you were probably going to Captain’s Mast (disciplinary hearing).

The term “gun-decking” has something to do with the “false” gun deck that was built into British sailing ships of war to make them look like they had more guns. Sometimes midshipmen would falsify their navigation training calculations by using dead reckoning to calculate their position rather than using the Sun and the stars. This might have been called “gun-decking” because the gun deck is where they turned their homework over to the ships navigator to be reviewed. 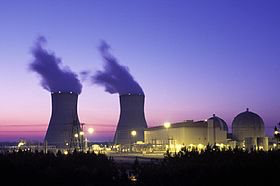 What happened at the Nuke Plant? A Nuclear Regulatory Commission inspector found that 13 operators had gun-decked their logs. Here’s a quote from the article describing the incident:

“An NRC investigation, completed August 2017, found that on multiple occasions during the three-month period, at least 13 system operators failed to complete their rounds as required by plant procedures, but entered data into an electronic log indicating they had completed equipment status checks and area inspections,” the NRC said in a statement.”

What was the corrective action? The article says:

“The plant operator has already undertaken several corrective actions, the NRC said, including training for employees, changes in the inspection procedures and disciplinary measures for some staff.”

Hmmm … training, procedures, and discipline. That’s the standard three corrective actions. (“Round up the usual suspects!”) Even problems that seem to be HR issues can benefit from advanced root cause analysis. Is this a Standards, Policy, and Administrative Controls Not Used issue? Is there a root cause under that Near Root Cause that needs to be fixed (for example, Enforcement Needs Improvement)? Or is discipline the right answer? It would be interesting to know all the facts.

Want to learn to apply advanced root cause analysis to solve these kinds of problems? Attend one of our 5-Day TapRooT® Advanced Root Cause Analysis Courses. See the upcoming public courses by CLICKING HERE. Or CLICK HERE to contact us about having a course at your site.