Washington, DC, April 26, 2018 –  A four-person investigative team from the U.S. Chemical Safety Board (CSB) is deploying to the scene of an incident that reportedly injured multiple workers this morning at the Husky Energy oil refinery in Superior, Wisconsin. The refinery was shutting down in preparation for a five-week turnaround when an explosion was reported around 10 am CDT.

According to initial reports, several people were transported to area hospitals with injuries. There have been no reports of fatalities. Residents and area schools near the refinery were asked to evacuate due to heavy smoke.

The CSB is an independent, non-regulatory federal agency charged with investigating serious chemical incidents. The agency’s board members are appointed by the president and confirmed by the Senate. CSB investigations look into all aspects of chemical accidents, including physical causes such as equipment failure as well as inadequacies in regulations, industry standards, and safety management systems.

The Board does not issue citations or fines but does make safety recommendations to plants, industry organizations, labor groups, and regulatory agencies such as OSHA and EPA. Visit the CSB website, www.csb.gov.

Here is additional coverage of the fire … 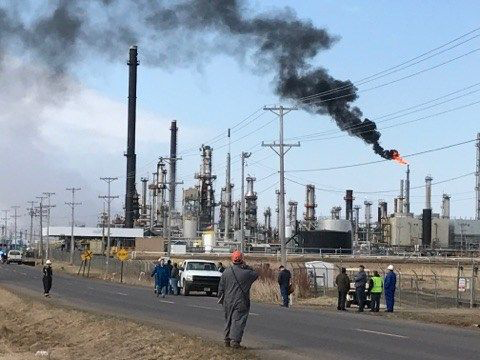