High in the mountains of  New Zealand’s Paparoa range, the mine at Pike River had one access: through a 2.3-km-long tunnel

On Friday, November 19, 2010, at 3:45 p.m., the Pike River Underground Coal Mine exploded. Twenty-nine men working underground were killed as a result of the force from the blast or from gases in the atmosphere. Two men in the tunnel, Daniel Rockhouse and Russell Smith, were the only survivors, struggling with carbon monoxide poisoning as they found their way through the dark smokiness. For the next nine days, the mine would explode three times more before it was sealed. 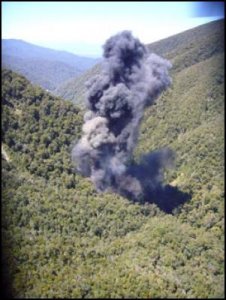 What caused the explosion?

The Pike River mine disaster marked the ninth major New Zealand coal mine explosion, with a total of 211 men losing their lives. New Zealand History tells us that,

“All the deaths resulted from the explosion of the methane gas which is constantly given off by coal, or through asphyxiation by carbon monoxide and other gases formed after a fire or explosion.

“As with most coal mine disasters, the Pike River tragedy would not have happened if established safety procedures had been followed. The mine was new, and the owner, Pike River Coal Ltd, had not completed the systems and infrastructure needed to produce coal safely. The company had borrowed heavily and with great pressure to get mining underway, numerous warnings of potentially hazardous methane levels were not heeded. The safety inspectors employed by the Department of Labour relied on reports by the company that all safety requirements were being complied with.”1 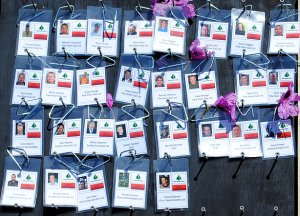 How Was the mine a bad idea from the get-go?

One sentence from the New Zealand History succinctly defines the “why” of the Pike River mine explosion: “Managers under pressure to increase coal production in the face of a financial crisis had overlooked safety issues.” From there, we learn that “The project to mine coal at Pike River was flawed from the start. The vision of driving a 2.3-km tunnel uphill through solid rock, across a fault into a gassy coal seam, with no alternative tunnel or shaft for ventilation or exit, ignored international coal-mining experience. This was probably the only mine in the world in which the main ventilation fan was sited underground.

“The plans for the mine received virtually no independent scrutiny because government authorities no longer had any responsibility to check that mine design was prudent or safe.”

Not long after the Pike River mine explosion, a Royal Commission was formed to study the circumstances of the 2010 explosion. The Commission produced an extensive report in 2012, delineating both the explosion’s immediate cause and the contributing factors that led up to the disaster. The report revealed problems throughout the mining industry, not the least of which were “inadequate oversight of the mine by regulatory organizations and deficiencies in the laws covering health and safety. Since 1992, the level of regulatory oversight had been progressively reduced, and by 2010 there were only two mine inspectors for the whole country” (New Zealand History). The report also touched on the evidence that New Zealand was far behind other countries in its health and safety record. 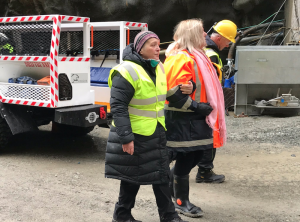 October 3, 2019: Miners’ families enter mine for the first time

Remembering an accident will never undo the tragedy of lives lost. We hope by documenting specific disasters—and the events within them—the lessons learned and mistakes made will be highlighted for future generations.

TapRooT® has a team of investigators and instructors with years of extensive training ready to offer assistance worldwide. We also offer ongoing support to our clients through free newsletters and root cause tip videos, the root cause analysis blog, and our annual Global TapRooT® Summit.

Register for one of our TapRooT® courses. We offer a basic 2-day course and an advanced 5-day course. Contact us or call 865.539.2139 about having a course at your site or for further root cause analysis opportunities. We’re here to find solutions for you.

Contact us to discuss training your employees on-site. You may also call us at 865.539.2139 to speak to an instructor, schedule an executive briefing, or book on-site training for your team.