This day 51 years ago, November 14, 1970, marks “the deadliest tragedy affecting any sports team in U.S. history.” The city of Huntington, West Virginia, and Marshall University suffered an unimaginable loss: the crash of Flight 932, a chartered Southern Airways McDonnell Douglas DC-9-31 jet carrying most of the members of the Marshall University Thundering Herd football team, as well as boosters, coaches, and other passengers. All 75 on board were killed. 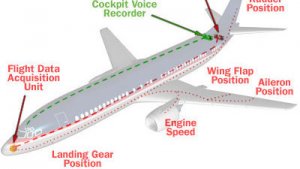 What happened to Flight 932?

The Aviation Safety Network described Flight 932 accident as:“Southern Airlines Flight 932 departed Kinston, NC, at 18:38 to return members of the Marshall University football team, coaching staff and other passengers to Huntington. After an uneventful flight, the crew contacted Huntington Approach Control at 19:23. The controller later cleared them for a runway 11 localizer approach. At 19:34, the flight passed the Outer Marker, and they cleared to land. In weather conditions of mist and light rain with low clouds (scattered clouds at 300 feet, broken overcast at 500 feet solid overcast at 1000 feet), the aircraft descended below MDA and struck trees on a hill, approx. 1 mile short of the runway. The aircraft then crashed and caught fire.

Probable cause of crash of Flight 932

“The descent below Minimum Descent Altitude during a non-precision approach under adverse weather conditions, without visual contact with the runway environment. The Board has been unable to determine the reason for this descent, although the two most likely explanations are: a) improper use of cockpit instrument data; or b) an altimetry system error.”

Further thoughts on the crash and the NTSB investigation

HowStuffWorks has published its take on the NTSB (National Transportation Safety Board) in “The Real Story Behind We Are Marshall“:“During the investigation, the NTSB analyzed the airplane’s instruments as well as the crew’s behavior. The plane was clearly flying too low, and the NTSB wanted to determine why. In addition, the flight data recorder (FDR) showed the plane twice overshooting and then correcting its rate of descent. This suggested that the pilot may have been compensating for incorrect instrument readings.“Officials conducted extensive tests on the planes’ barometric altimeters. The analysis revealed that both the pilot’s and the first officer’s instruments may have malfunctioned. They seemed to report that the airplane was 300 feet (91.4 meters) higher than it really was. However, the impact of the crash may have caused both altimeters to report incorrect altitudes.
“Another theory was that the pilot and first officer were using their radio altimeters to determine the plane’s altitude. A radio altimeter works essentially the same way as radar. It measures the amount of time it takes for radio waves to travel to the ground and back. But in very hilly or uneven terrain, like the area of West Virginia where the plane crashed, radio altimeters could give inaccurate readings. The pilot and first officer would have known this from their training. The NTSB investigators reported that the use of radio altimeters on approach to the airport was possible, but not probable.“Regardless of exactly why the plane was flying too low, the pilot and first officer were probably completely unaware that it was doing so. The first officer’s callouts as recorded in the cockpit voice recorder (CVR) were consistently higher than the measurements recorded in the plane’s FDR. It is unclear whether the pilot verified the callouts on his own instruments or whether he relied on the first officer’s readings.“In addition, according to the conversations recorded by CVR, the crew believed the plane was on a normal descent to the airport. The pilot and first officer did not note any cause for concern other than a minor issue with the autopilot. It appeared to capture a glide slope signal even though the airport had no glideslope. The pilot also remarked that the autopilot seemed sluggish. Investigators did not believe that the pilot was using the autopilot incorrectly or that the autopilot caused the crash.“The CVR also recorded a comment from the flight’s charter coordinator, a Southern Airways employee who was in the cockpit just before the crash. The flight coordinator’s duties required him to talk to the pilot, so he was allowed to be in the cockpit. Shortly before the crash, he remarked, ‘Bet it’ll be a missed approach.’ Investigators believed that he noticed that the plane was approaching MDA but had not made visual contact with the airport. This would require the airplane to level off and turn around. The FDR data suggests that the pilot tried to do just that before striking the trees.“The NTSB found a few points at which the pilot or first officer did not strictly adhere to landing procedures on approach to Tri-State Airport. For example, it appears that the pilot attempted to level off only after he reached minimum descent altitude. Doing so would allow the plane to pass through MDA and continue to descend while it leveled off. However, since the tops of the trees were more than 300 feet below MDA, leveling off earlier would not likely have prevented the crash. In fact, the only thing that would most likely have prevented the crash was a glide slope at the airport. Tri-State airport installed a glideslope using federal funds in 1972.“The crash took the lives of everyone on board—the pilot, the first officer, two flight attendants, the charter coordinator, 24 Marshall University football fans, nine coaches, and 37 players.”You may read the NTSB final report.

TapRooT® has a team of investigators and instructors with years of extensive training ready to offer assistance worldwide. We also offer ongoing support to our clients through free newsletters and root cause tip videos, the root cause analysis blog, and our annual Global TapRooT® Summit.Register for one of our TapRooT® courses. We offer a basic 2-day course and an advanced 5-day course. Contact us or call 865.539.2139 about having a course at your site or for further root cause analysis opportunities. We’re here to find solutions for you.Contact us to discuss training your employees on-site. You may also call us at 865.539.2139 to speak to an instructor, schedule an executive briefing, or book on-site training for your team.