Yes, “Management System Problems Broke the US Navy” is my headline. The report to the Secretary of the Navy is much worse than I thought. The report outlines how budget restrictions and congressional leadership made the Navy conform to the structures of the Army and the Air Force and de-emphasized the role of providing seapower. That’s how the US Navy was broken. And it will be difficult to fix. (“All the King’s horses and all the King’s men couldn’t put Humpty Dumpty together again!” was a lesson learned in 1648 during the English civil war.) 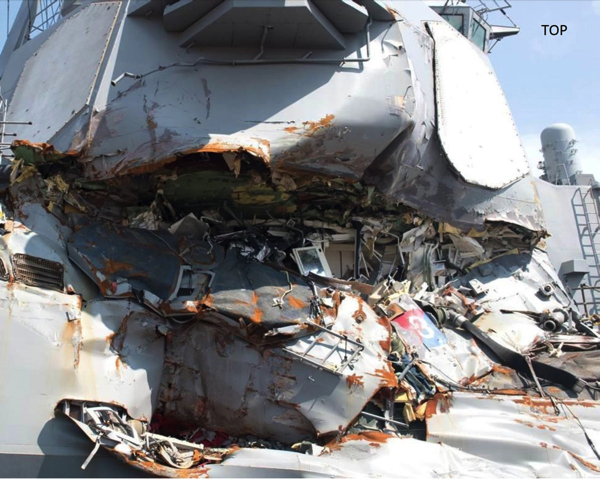 Many of the problems are Management System problems as outlined in a Navy Times article about the Strategic Review report to the Secretary of the Navy. The good news is … the authors of the Strategic Review get the Management System root causes pretty much right! The bad news is that it is less clear that the Navy has the ability to fix the issues because they are a result of Congressional action (funding, ship procurement, the Defense Officer Personnel Management Act, the Goldwater-Nichols Act of 1986, and National Defense Authorization Act provisions) and the Navy’s response to congressional cutbacks (Optimum Manning, the SWOS-in-a-box, modifications to the surface warfare officer sea-shore rotations and assignments, and the 2001 Revolution in Training for enlisted personnel).

The review says that the Navy must cut back their commitments to operational requirements in “peacetime.” But that is unlikely in the near wartime footing that they Navy faces in their forward deployments.

One of the recommendations made by the Strategic Review is for the Type Commanders to implement the “Rickover Letters” that are part of the Nuclear Navy Commanding Officer reporting structure. This will only work if the Type Commanders maintain strict requirements that Admiral Rickover established in the Nuclear Navy. This has not been the culture in the conventional surface Navy – EVER. Thus this would be a dramatic cultural shift.

Navy brass in the 1980’s and 1990’s wished that sailors at sea could do more with less and that “technology” would make that possible. Unfortunately the cuts were made (Optimal Manning and Continuous Maintenance Plan) without proof of concept testing. Now, over two decades later, the chickens have come home to roost.

The USA is an island nation. We can’t exist in our modern economy without sea trade. Thus, the USA must be the premier sea power. This requirement is independent of the “War on Terror,” the “War on Drugs,” or other missions to support land forces. Somehow past Presidents and Congressional leaders have not funded the seapower mission. Thus, we find ourselves in a bind that will be hard to fix.

The people in senior Navy leadership positions have grown up in a broken system. We must now ask them to fix (restore) the system when they have never seen it work properly. The CNO in a Navy Nuke from the submarine fleet that has faced budget reductions but has not faced the same personnel and training issues. He grew up in a different culture.

By making the US Navy the “same” as the Air Force and the Army, the unique requirements of the Navy were overlooked and the Navy was broken. Can it be fixed? The recommendations of the Strategic Review could start the repair process. But it is only a start. Many uniquely “Navy” cultural and readiness issues are not addressed in the report. Plus, this report probably will not get the attention it deserves until a failure of our war-fighting ability at sea produces a major foreign policy fiasco or, even worse, economic collapse at home because our island nation is cut off from overseas supplies.

The Strategic Review calls for the establishment of a “learning culture.” The authors of the Strategic Review call for proactive learning instead of the current culture of punishment based reactive learning. They frequently mention the “normalization-of-deviation” as if it a relatively recent US Navy cultural problem rather than being the state of the conventional surface navy for decades (or centuries?). They should read the article about Admiral Rickover and the normalization-of-excellence to better understand the changes that are needed. Also, establishing a proactive, learning culture isn’t possible until the US Navy understands advanced root cause analysis (which current investigations and corrective actions prove that the Navy does not understand).

The recommendations of section 6.3 of the Strategic Review are putting the “cart in front of the horse.” The FIRST step in correcting the Navy’s culture is for all naval officers (senior commanders through junior officers) to understand advanced root cause analysis. Without this understanding, learning – either proactive or reactive – is impossible. We have worked with industry leaders and we know of what we speak.

I certainly hope the US Navy makes significant progress in correcting the glaring shortcomings outlined in the Strategic Review. The lives of sailors at sea depend on it. But even worse, a failure to fix the root causes of the Management System problems and the poor understanding of advanced root cause analysis will certainly lead to failures of our seapower and serious foreign policy issues that may cause tremendous economic troubles for the US. I’m old and may not see the day when we discover that under-investment in seapower was a gigantic mistake. But if this problem isn’t fixed rapidly and effectively, certainly my children and grandchildren will face an uncertain, dark future.

I would be happy to discuss the improvements in root cause analysis that are needed with any Navy leader concerned that a more effective approach is needed.