Is This a Best Practice?

What Defines a Best Practice?

Is waiting for an accident to learn to improve safety a “best practice?”

Many companies seem to react that way. If a majority of companies are reactive, does that make waiting for an accident to learn to improve safety a best practice?

Here are some examples of companies that waited for a serious event to learn:

Seriously, why do they fail to learn from precursor incidents and audits? Many times it is because they use poor root cause analysis techniques and implement ineffective corrective actions.

What should tip them off that their root cause analysis techniques are inadequate?

First, you can’t depend on the advice of so-called “experts.” There are many root cause analysis “experts” out there that are teaching inadequate techniques.

So how can you tell? Simple … repeat incidents.

If problems you fix with your root cause analysis system happen again, you are doing something wrong.

For example, many companies have adopted so-called “simple” root cause analysis techniques because they believe that is all their employees can learn. These ineffective simple techniques don’t get the investigators to the real root causes of human errors. The corrective actions they develop are superficial (warnings and more training). What happens? Weeks, months, or sometimes years later … the incident happens again. If you are unlucky … the incident is worse when it repeats.

Many managers complain that they don’t have time to do major investigations of minor incidents. They are right. So, what should they do?

First, they have to be selective. They have to evaluate their minor incidents, and decide which ones could have been worse – could have been bigger accidents if an additional Safeguard or two had failed. Here is an article about which incidents need to be investigated:

Deciding When to Investigate a Precursor Incident (What’s in the Diamond?)

To make this even easier while still being effective, the people at System Improvements – the developers of TapRooT® Root Cause Analysis – have a book and course that teaches the simple way to effectively investigate precursor incidents. The book is: 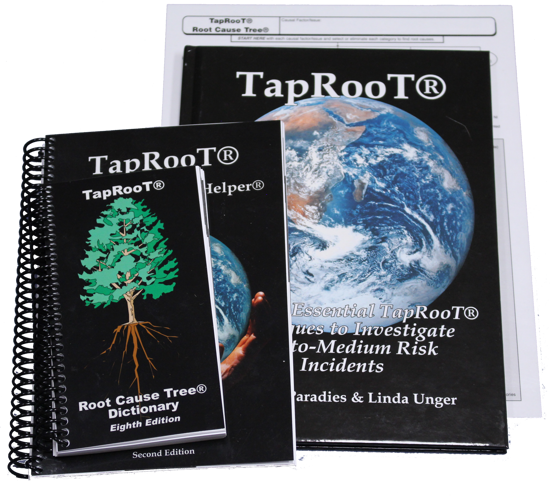 And the course is:

Where can you attend these courses? All around the world. Here is the upcoming schedule with all the dates and locations for all our courses:

We even have a Virtual 3-Day Course:

Don’t wait. You don’t know when the next fatality or major regulatory issue will occur. You need effective investigations of precursor incidents to prevent major accidents.

For example, nobody died in the incident in the video below but it could have resulted in multiple fatalities.

The question that remains is … did they perform an adequate root cause analysis and DID THEY LEARN?