What does a bad day look like? It all started with a suitcase full of pepperoni 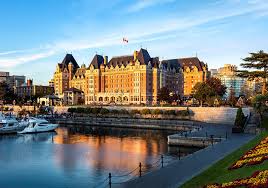 He was there for a business meeting, but his immediate concern upon checking in was that there was no refrigerator in his fourth-floor room. You see, Burchill had brought quite a bit of a Halifax delicacy, Brother’s Pepperoni, in his suitcase to share with some West Coast naval friends. 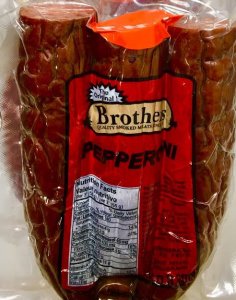 In order to preserve the pepperoni by keeping it chilly, he lifted a window sash and placed the pepperoni packages across the windowsill and on a table in his room. He then decided to go for a walk and didn’t return for approximately four to five hours later.

A flock of seagulls—Burchill guesses about 40 of them—had flown into his room and proceeded to feast on the pepperoni, which turned out to not exactly agree with the birds’ digestive track. He recounts that the agitated birds “immediately started flying around and crashing into things as they desperately tried to leave the room through the small opening by which they had entered. Lamps were falling. The curtains were trashed.”

Burchill’s next move was to make his way through the birds to throw open the other windows. Growing agitated, Burchill threw a shoe at a confused bird who tried to fly back into the room. Both seagull and shoe flew out the window together. Eventually, only one particularly large bird was left, its beak full of pepperoni. He grabbed a large towel and wrapped the gull in it, and the gull, still sporting the hotel towel, flew out through the window. Unfortunately, both gull and towel landed on hotel guests just arriving for afternoon high tea.

About this time, Burchill remembered his important business meeting and realized he had only one shoe. Once outside, he found his shoe in some mud and mulch. He washed the shoe off and began to dry it with the hair dryer in his room. Somehow, he managed to knock out power to several locations within the Fairmont while drying his shoe.

Burchill had had it and threw in the towel, so to speak. He rang housekeeping and requested assistance in restoring some of the damage. Telling this story years later on his Facebook account, Burchill says, “I can still remember the look on the lady’s face when she opened the door.” . . . “I had absolutely no idea what to tell her, so I just said ‘I’m sorry’ and went to dinner.”

Not long after the ordeal, Burchill’s company received notice that he was not to return to the Fairmont Empress

After 17 years in exile from the hotel, in March 2018, Burchill sent a letter to the Fairmont Empress asking for forgiveness and to be allowed to return to the hotel, requesting them to consider the 17 years as “time served.” 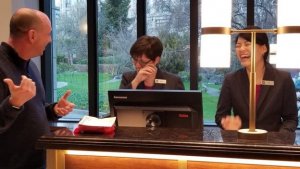 “Sometimes, our purpose is only to serve as a warning to others.”

When asked by the Times Colonist newspaper if this story of Mr. Burchill’s was verifiable, the hotel affirmed the event and that the longtime staff still vividly remembered it. When his pardon was granted, Burchill returned to the Fairmont Empress with a suitcase of the prized pepperoni, this time to share with hotel staff to show his appreciation. 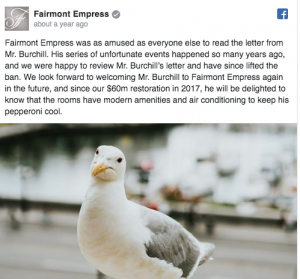 The Fairmont Empress’ public relations director was quoted as describing the happening as “one of those things where you can’t make this stuff up.”

The story was covered by BBC, Time, NPR, NYTimes, and several more media. Burchill retains all rights to his story.

Looking back over the 2001 seagull incident, Burchill commented to us that “Sometimes, our purpose is only to serve as a warning to others.” 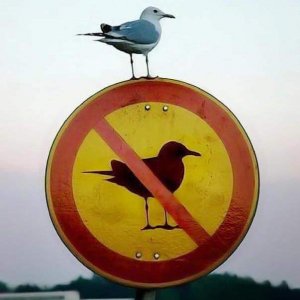 While we cannot control life’s unexpected occurrences, we can take charge in minimizing—or even eliminating—incidents and accidents. (We may draw the line at the intersection of seagulls and pepperoni.) Learn more about how TapRooT® can help you at WWW.TAPROOT.COM.

Speaking of control: The TapRooT® System trains you to solve problems

Circumstances can crop up anywhere at any time if proper and safe sequence and procedures are not planned and followed.The TAPROOT® SYSTEM teaches you to be an effective problem-solver. The System is a process with techniques to investigate, analyze, and develop corrective actions to solve problems. The TapRooT® process and tools are completely described in the TAPROOT® BOOK.

TapRooT® courses are taught all over the world; if you are interested in learning how to stop repeat incidents, find a 2-day or 5-Day course. Or, we are available to train you and your staff on-site at your workplace; reach out to discuss your needs. Call us at 865.539.2139 for any questions you may have.

What Does a Bad Day Look Like?
Show Comments