What Happens When Action-Dependent Communication Encounters a Challenge?

The axiom that communication influences the outcome and success of every human endeavor is rarely more evident than within the complexity of modern aviation. Many types of communication are employed in aviation, and an error or degradation could result in serious consequences. Systems and equipment used include normal conversation, handwritten notes, hand signals, light gun signals, paper copy, radio, interphone, telephone, digital links such as PDC and CPDLC, SATCOM, ATIS, NOTAMs, transponders, microphones, headsets, megaphones, and more.

NASA’s ASRS published in a recent CALLBACK* examples where a communication challenge may not have been the primary problem or cause, but was intrinsic to the development or resolution of a problem. In each incident, the quality of communication was a subtle, but intricate human factor that directly influenced the quality of the outcome, whether as a beneficial asset or significant handicap.

An Embraer 145 First Officer reported an unusual odor in the cockpit. The crew’s appropriate response to that event contributed to another problem. The conclusion is drawn that using an oxygen mask in a flight training environment would be beneficial prior to a situation where it is actually needed.

■ While in the cruise phase of flight, we encountered moderate turbulence. The autopilot disconnected. The Pilot Flying reduced airspeed. A smell similar to ozone developed on the flight deck. We coordinated with the Flight Attendant. She smelled it as well and attempted to find a source. The smell briefly dissipated but then returned. No smoke, fire, or other unusual indications were noted. The autopilot was reconnected and functioned normally. The smell continued. Therefore, as a precaution, we donned the oxygen masks and [notified ATC]. The flight landed without further incident.

The unknown source of the odor was the major threat. The ability to communicate with ATC was difficult due to an extremely busy frequency. Once the oxygen masks were on, crew communications became more difficult as well. This was my first event that actually required crew coordination while using the masks.

Training communication techniques in the actual aircraft with masks on would have been a valuable tool for me.

To and Two are Too Confusing

A Cirrus SR22 pilot “heard” the Controller’s instruction to turn and thought that it made sense. It was later learned how the small communication error resulted in a deviation from the clearance that the Controller issued.

■ I was traveling direct and under Air Traffic Control. I was descending from 7,000 feet to 4,000 feet in IMC to avoid weather buildups. During the descent ATC contacted [me], and I understood [that they] told me to turn west to 290 degrees. I started the turn, and the Controller continued to say, “Turn,” but they were very excited, repeating the instruction. I kept reporting back that I was turning 290. I began and completed my turn to 290 [degrees] as I was descending to 4,000 feet. I thought that I understood their instructions correctly, as I was just west of Class B airspace and it made sense to me to turn away from it. If there was any aircraft near [me], it did not show up on my TCAS, so it would have been a few miles away and not in direct conflict. I later found out the Controller was saying, “Turn left to 090.” The “to” caused me to understand 290. I did not hear the “0.” The Controller was very busy and hard to understand,…very excited, and talked very fast.

Departing Moscow, a G650 First Officer became confused regarding an altitude assignment related to QFE/QNH altimeter procedures. Better communication with the other pilot or ATC may have prevented the incident, but the discerning reader might yet detect some inconsistency in the reporter’s account of this complex issue.

■ The departure clearance included, “Climb via the IVANOVSKOYE 1D (UM 1D) SID, except maintain 900 meters.” The crew briefed the use of QNH for departure and noted that 900 meters was 3,640 feet QNH. 3,600 feet was set in the altitude window along with LNAV. After takeoff, the Pilot Flying climbed to 3,600 feet, but noted that the metric altitude altimeter function was also selected and displayed on the left PFD. The Pilot Monitoring noted the 1,100 meter indication and set the altitude preselect to 3,000 feet, and I, the Flying Pilot, was momentarily confused and started a descent using vertical speed of approximately 200 feet/minute. Before we could descend to the incorrect altitude of 3,000 feet (which would have been about correct for 900 meters QFE), we received normal, further climb instructions.

This was an interesting human factors event because the last time I flew into Moscow, QFE was the standard altimetry in use, so all of my previous experience was in QFE in this location. Since Russia is switching to QNH operations, issuing climb altitudes in meters can cause pilots that usually fly with feet to second guess the clearance, even though the ALT/HEIGHT CONVERSION table is readily displayed on Jeppesen charts. This subtle communications issue, coupled with fatigue and other operations—such as dealing with tight slot times, de-icing/anti-icing, and flight planning due to destination weather below forecast minimums (as was the case in this operation)—all contributed to this momentary altitude deviation.

ATC did not note the deviation, and no separation issues occurred as a result of this event.

Pilots operating in QFE/QNH environments should not use the metric altitude feature of advanced cockpit avionics if conducting QNH operations due to the conflicting data displayed. In this case, QFE meters is 1,100, which corresponded to 900 Meters QFE (field elevation at [Moscow] is 686 feet MSL). Contributing factors in this event included fatigue, recency of operations in QFE/QNH airspace, and the departure altitude clearance limit being conveyed in QFE meters when Moscow and other large cities in Russia have reportedly switched to QNH operations

After normal communication with the ground crew was established, this B737 flight crew got a surprise during engine start and pushback. While the incident could have ended much worse, appropriate communication may have aided in minimizing risk and resolving the problem.

From the Captain’s Report:

■ We began a normal, on-time pushback from [the] gate. Wired communications with the ground crew were standard. I directed my First Officer to start engines. He was starting Engine Number 2 when I noticed the Wing Walker give me the hand signal for “Set brakes.” I did not set the brakes, as we were still moving backward at a fast walk pace. I queried the Tug Driver over the intercom, and there was no answer. Our rearward speed increased, and the Wing Walker was still signaling, “Set brakes.” It was then that I noticed my tug was at the Safety Zone and not connected to our aircraft.

It took some time for this reality to set in, as the Tug Driver showed no sense of urgency and no attempt to communicate. I thought perhaps this was another tug, not ours. I gently applied brakes and brought the aircraft to a smooth stop. My First Officer and I were confused and a bit shocked at what had just occurred. I signaled my ground crew repeatedly to reconnect so I could ask what happened. They repeatedly refused and walked away. After discussion with my Dispatcher and the Chief Pilot, I decided to return to the gate to investigate what happened and have Maintenance inspect our nose gear.

Maintenance found nothing wrong with the nose gear. The Ground Operations Supervisor told me that the crew had not secured the tow bar correctly, resulting in a disconnect. . . . This could have been a tragedy.

The error with the tow bar was just the start. The Tug Driver should have communicated via intercom with urgency the moment this happened. He delayed and his headset cord detached from the aircraft. At that point, he and the entire ground crew should have recognized this as an emergency. They all should have signaled by hand, “Stop!” Instead, the Tug Driver remained seated and became a spectator. The Wing Walker signaled, “Set brakes.” Had I complied with his signal, the flight attendants most likely would have been injured. There was also a possibility of a tail strike (yes, we were moving that fast). Had we been in proximity of another aircraft or any obstacle, the collision would have occurred before I knew what happened.

The ground crew involved needed to be [educated]. . . . Failure to properly secure the tow bar resulted in tow bar separation. . . . Failure to recognize this as an emergency and act accordingly put our aircraft and passengers in danger. . . . Refusal to communicate with me afterward was just unprofessional.

From the First Officer’s Report:

■The training of ground and ramp crews needs to stress the importance of communication with the flight crew anytime the aircraft is moving. The need to contact the flight crew by any means necessary when the tow bar becomes detached during pushback should be understood as urgent to prevent an injury, incident, or accident.

*CALLBACK is a monthly safety newsletter from the Office of the NASA Aviation Safety Reporting System (ASRS). 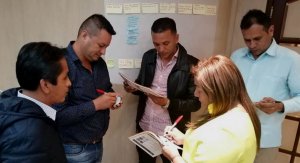 The TapRooT® System Trains You to Solve Problems

TapRooT® has a team of investigators and instructors with years of extensive training ready to offer assistance worldwide. We also offer ongoing support to our clients through Free Newsletters and Root Cause Tip Videos, the Root Cause Analysis Blog, and our annual Global TapRooT® Summit. 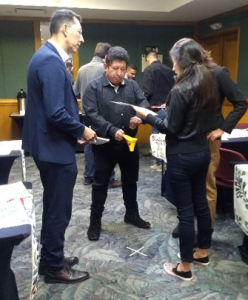 Register for one of our TapRooT® Root Cause Analysis Training courses. We offer a basic 2-Day course and an advanced 5-Day course. Contact US. or call 865.539.2139 about having a course at your site or for further root cause analysis training opportunities. We’re here to find solutions for you.