The picture above is an automation-related accident. According to the NTSB report, the driver, an Apple programmer, was probably playing a video game while the Tesla Model X was in “autopilot.” The picture below shows what the NTSB thought happened. When the HOV lane split left, the Tesla drifted to the left and hit the divider barrier (gore). The driver, playing a video game, never saw what was happening. 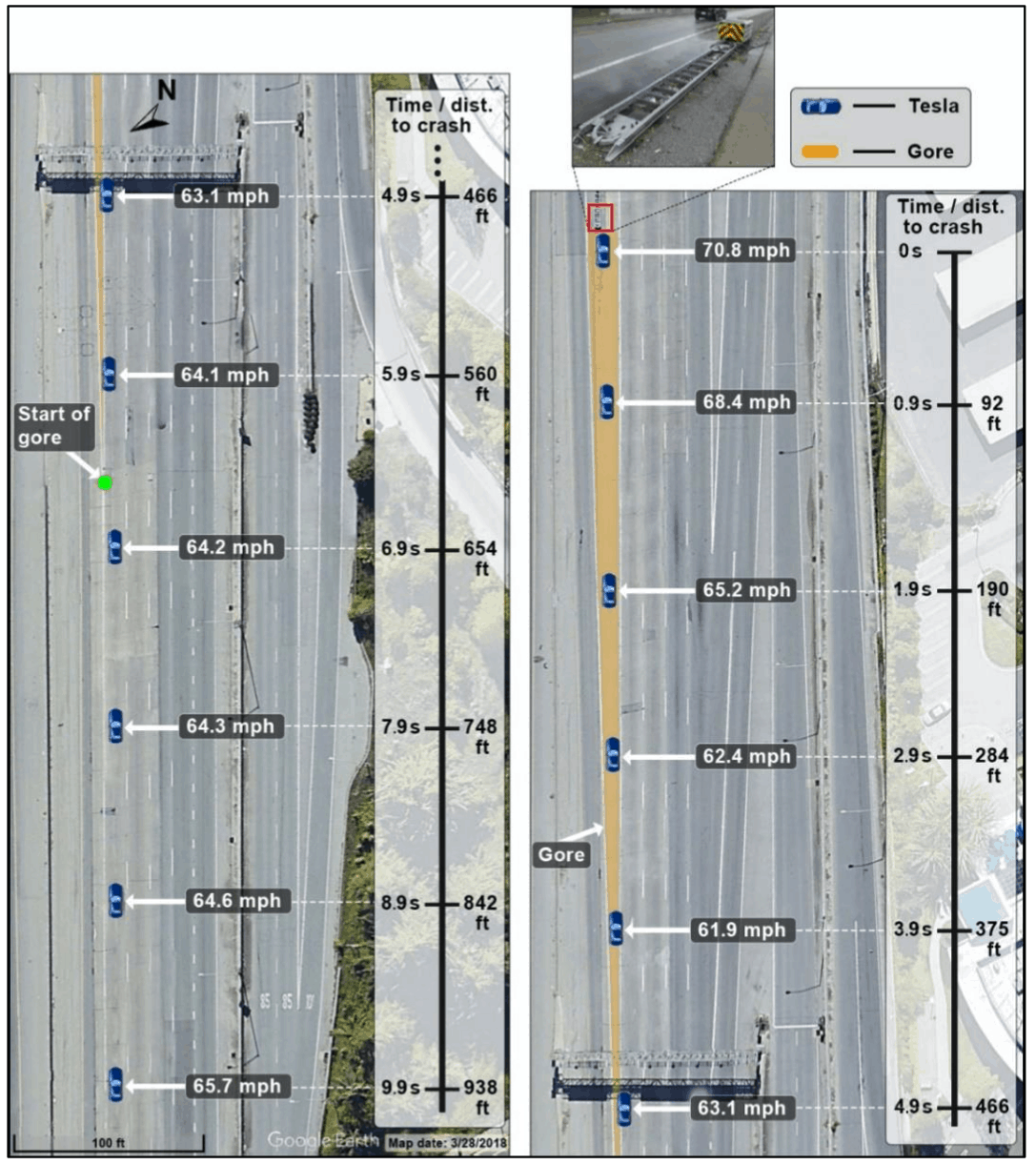 This was just a short 30-minute drive to work. Yet the driver lost focus on driving and the road and instead, was distracted by the video game and did not take action to correct the car.

The driver died of internal injuries as a result of the crash.

The National Transportation Safety Board determines that the probable cause of the Mountain View, California, crash was the Tesla Autopilot system steering the sport utility vehicle into a highway gore area due to system limitations, and the driver’s lack of response due to distraction likely from a cell phone game application and overreliance on the Autopilot partial driving automation system. Contributing to the crash was the Tesla vehicle’s ineffective monitoring of driver engagement, which facilitated the driver’s complacency and inattentiveness. Contributing to the severity of the driver’s injuries was the vehicle’s impact with a crash attenuator barrier that was damaged and nonoperational at the time of the collision due to the California Highway Patrol’s failure to report the damage following a previous crash, and systemic problems with the California Department of Transportation’s maintenance division in repairing traffic safety hardware in a timely manner. 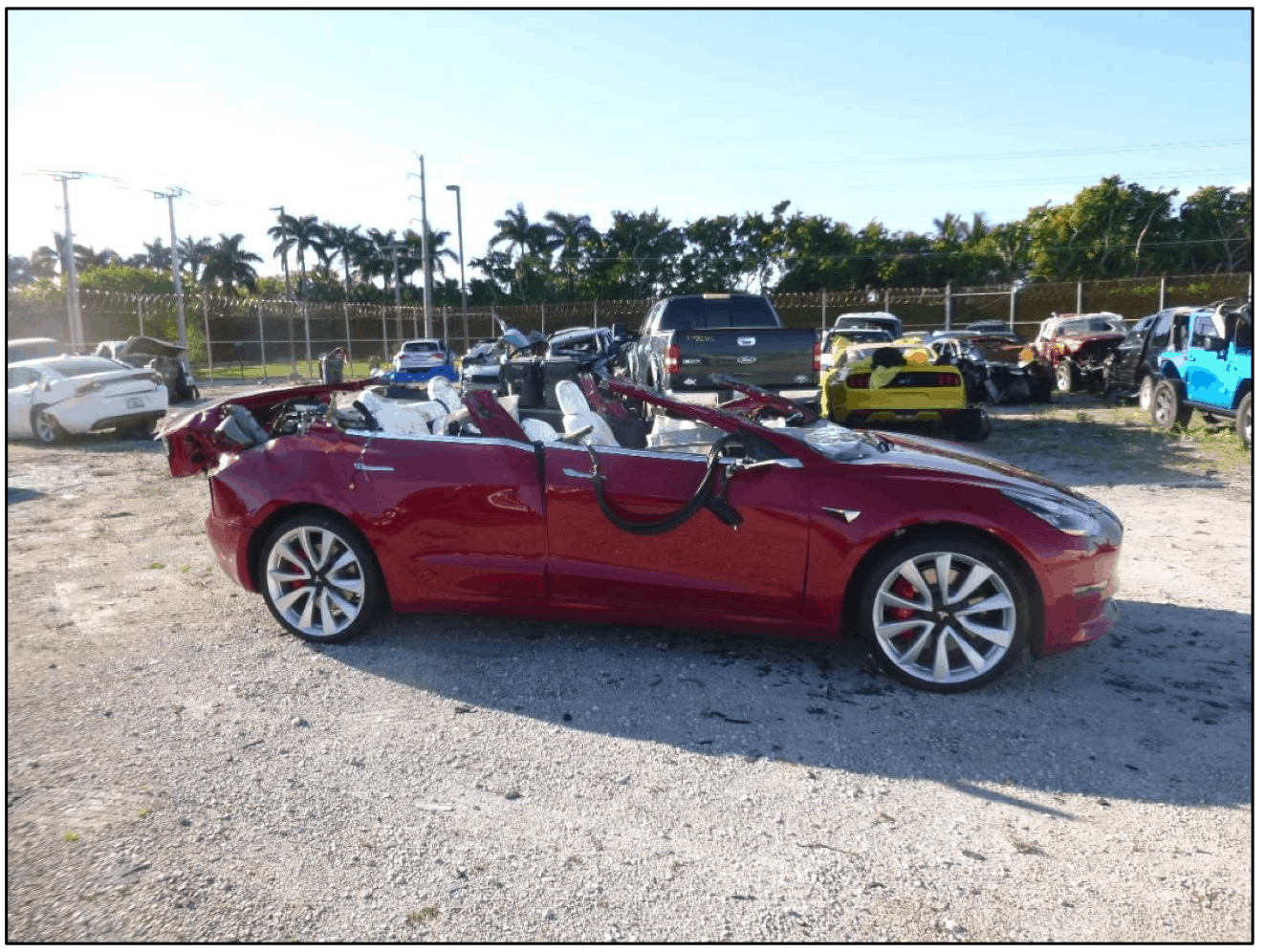 The picture above is of a Tesla Model 3 that went under a semi that was turning across the lane in front of the car. The autopilot never noticed the semi and the driver took no action to avoid the accident. 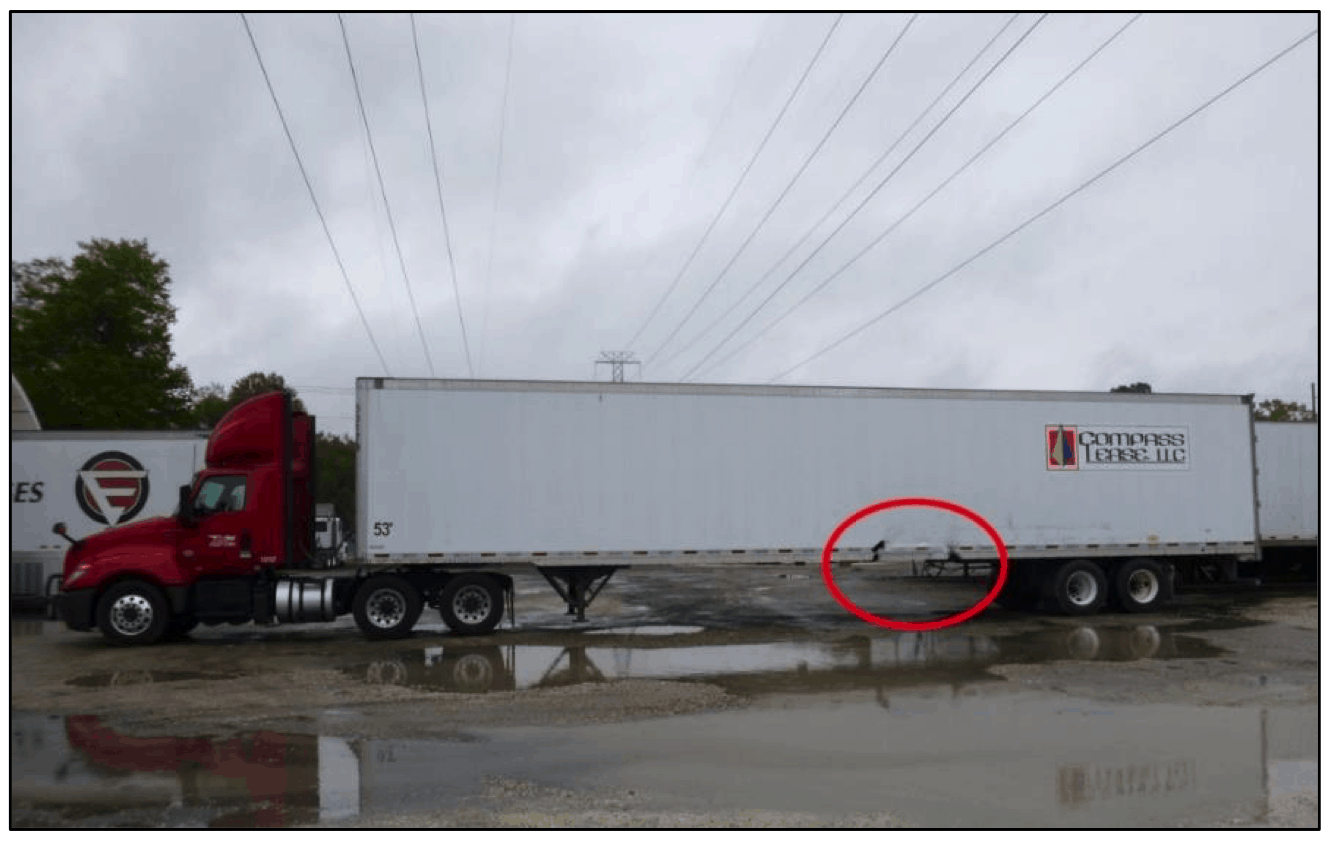 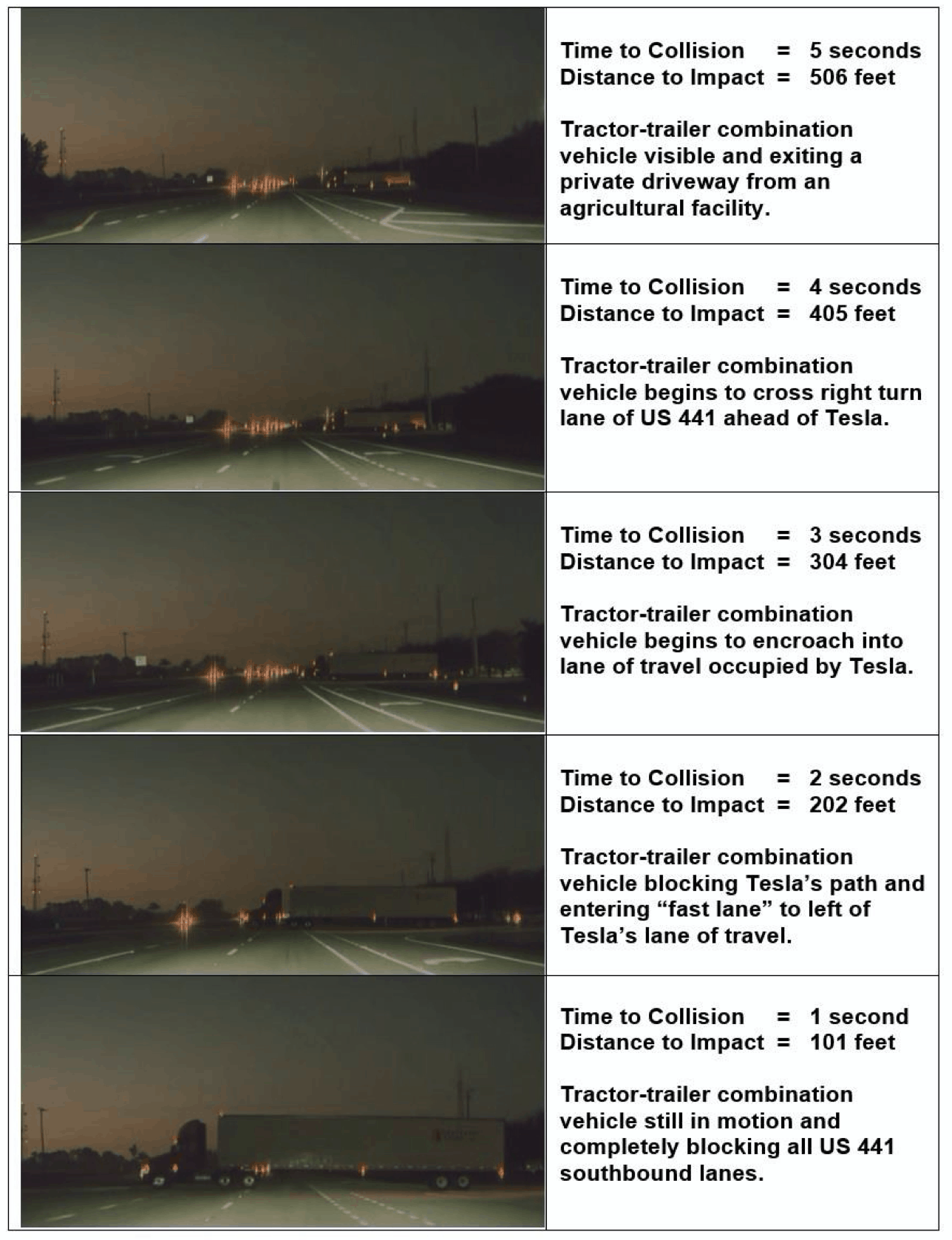 All pictures are from the NTSB’s report.

The National Transportation Safety Board determines that the probable cause of the Delray Beach, Florida, crash was the truck driver’s failure to yield the right of way to the car, combined with the car driver’s inattention due to overreliance on automation, which resulted in his failure to react to the presence of the truck. Contributing to the crash was the operational design of Tesla’s partial automation system, which permitted disengagement by the driver, and the company’s failure to limit the use of the system to the conditions for which it was designed.

The driver died as a result of injuries sustained during the crash.

At the 2020 Global TapRooT® Summit, Mark Paradies gave a talk about automation and awareness. Part of the talk was this video…

The talk asked safety professionals three questions about their reviews of automation at company facilities: 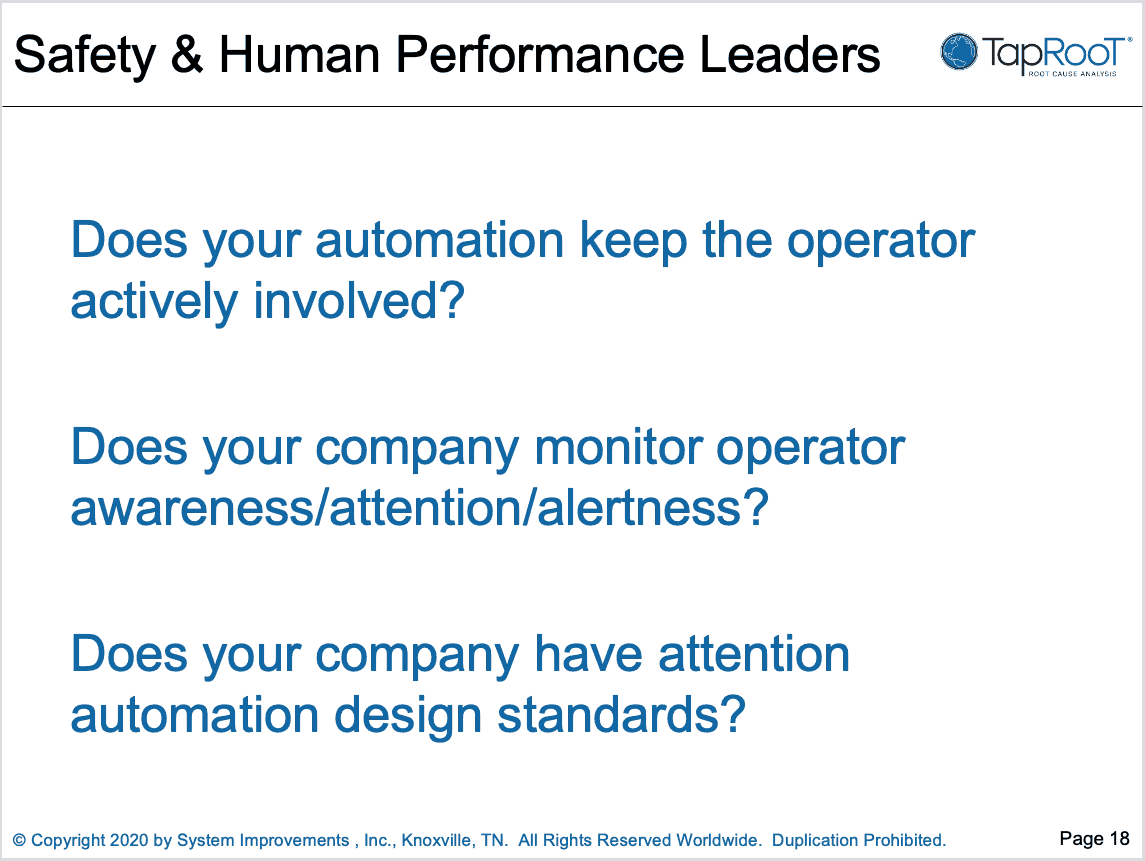 What does your company do to review automation before it is installed?

If you would like to see the whole talk by Mark Paradies, watch TapRooT® TV. A video of the talk will be posted in the coming months.