Why Grade Investigations & Root Cause Analysis

To improve performance, you must know what the objective is. What are the objectives of your incident investigations and root cause analysis?

We have discovered that developing criteria (factors) to evaluate investigations and root cause analysis (to grade them) provides investigators with an objective target to work toward. When investigators know what the target is, they perform better investigations.

Back in the 1990s, we developed our first systematic process to grade investigations. We based it on the TapRooT® 7-Step Investigation Process and criteria we developed for success in each step.

Each of these criteria then had a rating scale developed for them. Thus, there would be consistent ways to score each criterion.

Then we used a paired comparison survey to determine which were the most important criteria. This comparison produced a weighted scale for each criterion.

We then had several TapRooT® Users test the rating system and made minor adjustments based on their experience.

How To Grade Investigations & Root Cause Analysis

The first column provides the grader with all of the factors that will be evaluated. They are:

These criteria are explained in the second column. If you don’t understand the criteria explanations, you probably have not attended TapRooT® Root Cause Analysis Training. See this LINK for suggested courses.

The next column is the weight given to each score.

The next five columns provide guidance when the scores are assigned. The guidance provides investigators with their target for the investigation. In theory, investigators should always be shooting for an “A.”

Once all the scores are assigned, the bottom of the third column will have the overall “incident score.”

Because of the scores assigned to each factor and the weight of each factor, the overall incident score will conform to the A-B-C-D-F ranking explained before (for example, an “A” is 100-90). 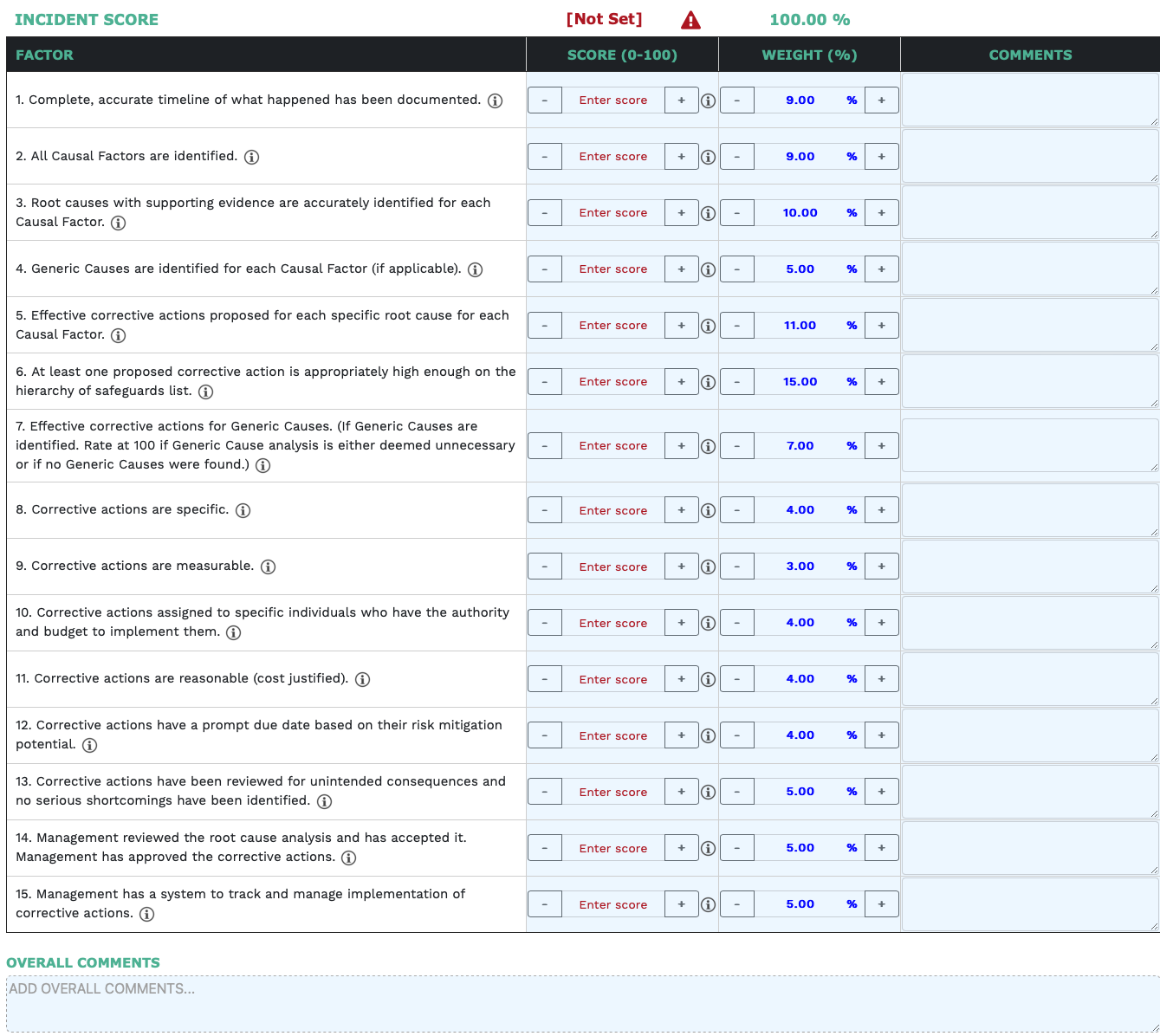 This grading system above is built into the TapRooT® Software Version VI.

Once you have completed the development of your corrective actions, you can use the grading portion of the software. When you get to the “Report” phase under the TapRooT® tab, you click on the “Grade Investigation” button at the lower right. The grading sheet above will open for that incident.

You can also leave comments about why you assigned that score in the comments box.

Note that grading can be applied BEFORE an investigation is completed. This can result in a better investigation and an improved product for management to review. 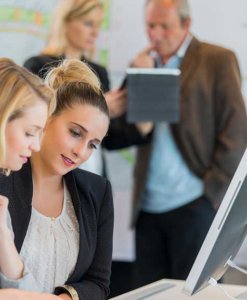 Using this system, it is easy to explain to investigators what they need to do to improve their investigations.

For example, if the first factor, “Complete, accurate timeline of what happened has been documented,” is rated as a 75 (a C), the coach can explain how the SnapCharT® needs to be improved to get a better grade (an A or a B).

The best way to give this feedback is in “real-time” during the investigation as each phase of the investigation is being completed. In that way, errors are corrected, and improvements are made BEFORE going to the next step.

Users who have diligently applied this grading process have reported rising scores for investigations over time and praise from management as to the quality of the investigations when they come to them for review.

If you have any questions about grading your TapRooT® Investigations, call us at 865-539-2139. 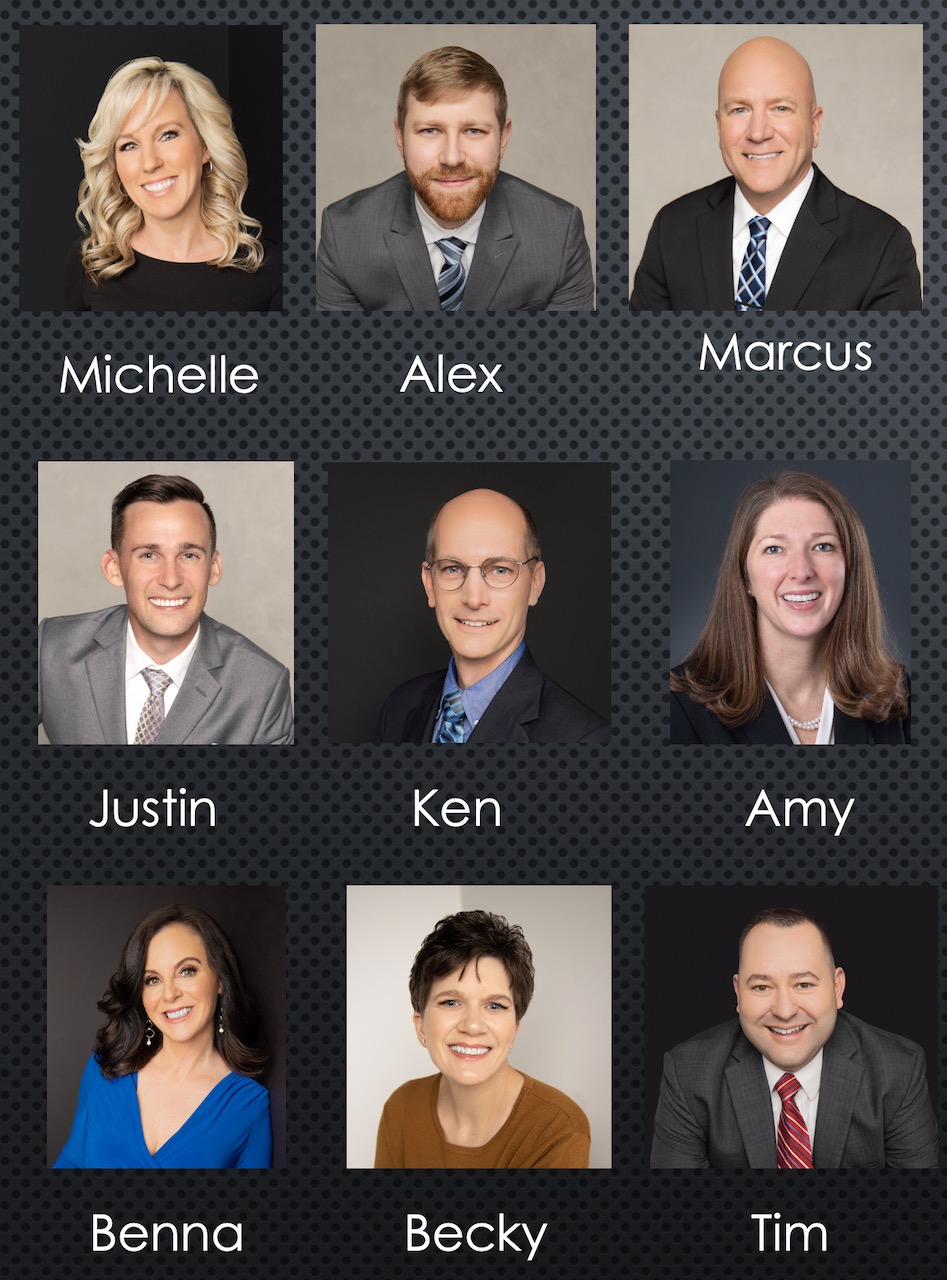 (The above figures and rating systems are copyrighted © by System Improvements, Inc. They are used here by permission. Duplication is prohibited.)