How Can a Flight Crew Prepare for Critical Equipment Failure? 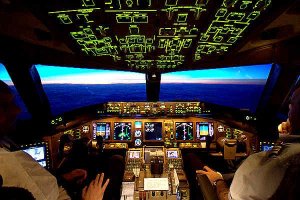 Operations manuals and Quick Reference Handbooks (QRHs) are full of emergency and abnormal procedures, but they cannot address every contingency. Because an equipment failure may be critical in one situation and not in another, good judgment and prioritization skills are paramount. Pilots and flight crews must often improvise, particularly if a failure is not addressed in approved publications exactly as it is experienced, or if a combination of failures causes cascaded problems or secondary effects.

Let’s look at the following ASRS situations that clearly herald the need for careful, comprehensive individual and crew preparation.

A Cessna 177 pilot experienced a dangerous flight control problem. The source was discovered to be a peculiar oversight, which was not directly related to flight controls.

“As I was returning home from flying . . . I had no issues or weather to avoid. Once I was about 25 miles east of [my destination], I attempted to go around some thunderstorms and work my way in [to land]. I experienced some turbulence and decided to turn back to [a different airport]. During this time, I realized that I could not pitch the nose forward, and my elevator seemed unresponsive to my control inputs. I ended up being able to pull the yoke back and pitch up but not able to do the opposite. I was able to control the aircraft using power settings and trim to divert to [the other airport] and land safely. As maintenance was . . . done, it was discovered that the battery was not latched in place and thus fell onto the elevator control wire, burning it in half. The rudder control was close to also being burned through. I believe this could have been a much worse situation.” 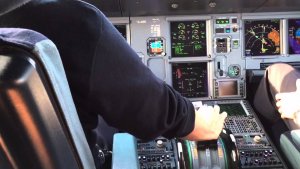 Late during the takeoff roll, this A321 Captain was surprised with a ride to remember when the aircraft flexed its muscles and exhibited a mind of its own.

“The aircraft TOW (Take-Off Weight) was approximately 140,000 pounds, the Center of Gravity (CG) 17.7 [percent], and the takeoff trim setting 2.7 [units] nose up. During the takeoff roll—approximately ten knots prior to rotate speed—the nose gear began lifting off the runway. Nose down force [was] applied to the side stick controller [but] failed to control pitch. At five knots prior to rotate speed, the nose gear became fully airborne, and the aircraft continued an uncommanded rotation until fully airborne. For several seconds, the side stick controller was unable to overcome the continued increase in pitch. As the automated pitch trim system continued to trim, normal flight characteristics were restored after approximately 20 to 30 seconds. [The] aircraft accelerated near the flap speed limit until control of the aircraft was restored. 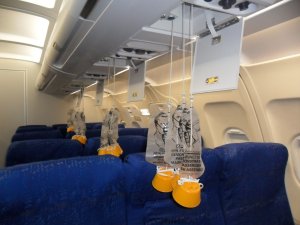 When an A321 Captain discovered during flight that a critical life support system was unserviceable, prompt action was taken to ensure the safety of the passengers, aircraft, and crew.

“A routine check at cruise altitude indicated [that the] crew oxygen pressure was zero. ATC (Air Traffic Control) was advised that we would need to descend and divert. Dispatch was contacted and, after a short discussion, we agreed on diverting. ATC, flight attendants, and passengers were all notified. QRH (Quick Reference Handbook) and overweight landing procedures were complied with, followed by a normal approach, landing, rollout, and taxi-in. Station Operations did an outstanding job of taking care of our passengers in the middle of the night. Contract Maintenance was unable to service our oxygen bottle or complete an overweight landing inspection. The flight crew was released to the hotel.” 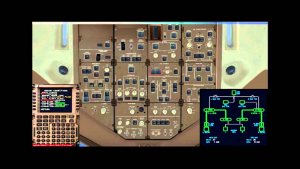 A B777 First Officer reported various electrical anomalies at cruise. Not stated is how or if the conditions were resolved, but the report exemplifies the phenomenon that multiple, “unrelated” aircraft system failures may correlate to a power distribution problem.

“The aircraft arrived from ZZZZ that day with numerous entries in the Aircraft Maintenance Logbook (AML). ZZZ Maintenance worked to clear the issues (all electrical) including an engine run by the Captain and me while at the gate. . . . We departed . . . within 10 minutes of our scheduled departure time.

“Approximately two hours into the flight, we started observing several electrical issues, including flickering cabin lights, loss of all In-Flight Entertainment (IFE), failure to log onto CPDLC, failure of the SATCOM system, failure of all electrical door locking systems (cabin doors, boarding doors, galley, etc.), and the electrical synoptic indicated the Left Main AC Bus was without power. We were cruising at FL370. Smooth air [existed] and no mountain wave was reported. Our cruise airspeed was approximately 290 knots. Without notice, the airspeed jumped to 320 knots, setting the overspeed warning clacker off and disconnecting the autopilot. We did not lose any altitude, and the airspeed went back to our desired mach. I’m not certain why this happened. The airplane had a lot of systems not functioning. I was buried in manuals and checklists at the time of the event. I have been in turbulence and mountain wave, experiencing plenty of airspeed fluctuations. This incident was very different and had no forewarning of the huge jump in airspeed.

“I think the Captain did a great job controlling the aircraft. We had compound events and cabin calls all happening at the same time. Perhaps calling the [Relief Pilot] up earlier from his crew break would have alleviated our workload. As the Pilot Monitoring, I could have done more monitoring. . . . I’m uncertain if this was a true overspeed or part of the electrical anomalies happening with this airplane.” 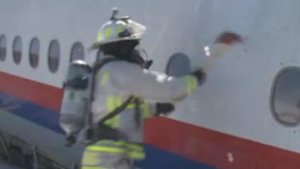 While taxiing to the gate, an Embraer 145 Captain experienced an electrical problem. Procedural compliance and situational awareness resulted in solving a problem that could have ended poorly.

“After landing, we taxied and held short on Taxiway S. Operations were backed up on the taxiways and ramp due to weather complications and traffic congestion. We received a Master Warning and BATT 1 OVERTEMP Engine Indicating and Crew Alerting System (EICAS) warning. We confirmed the battery to be overtemping (70 degrees C at this time) and completed the immediate action items. . . . I instructed the First Officer to run the Battery Overtemp QRH [Procedure]. As [the First Officer] retrieved that, I informed Air Traffic Control (ATC) that we may need assistance and noticed the [battery] temperature continuing to increase. After the immediate action items and QRH [procedure] were completed, the temperature continued to run away, so we asked for priority handling and had Airport Rescue and Firefighting (ARFF) dispatched should the battery ignite or a fire situation start. We were given . . . priority handling to return to the gate promptly, and ARFF met us at the gate. ATC relayed our situation to the Company and I briefed the Flight Attendant. . . . We were able to deplane expeditiously rather than evacuate, and ARFF confirmed there was no fire, but the battery temperature was extremely hot. The last temperature we saw on the EICAS was 80 [degrees] C, but a ground person or firefighter . . . told us after the event that it had reached 100 [degrees C]. The plane was written up after giving Dispatch the information necessary for their report.”

Do you have a story to share about the failure of critical equipment?

The best root cause analysis leads to effective corrective actions

The TapRooT® System teaches you to be a very effective problem-solver. The System is a process with techniques to investigate, analyze, and develop corrective actions to solve problems. The TapRooT® process and tools are completely described in the TapRooT® Investigation Essentials Book Set.

Register for a TapRooT® course

TapRooT® courses are taught all over the world. If you are interested in learning how to stop repeat incidents, find a 2-Day or 5-Day course here. Or, we are available to train you and your staff on-site at your workplace; reach out here to discuss your needs. Call us at 865.539.2139 for any questions you may have. We are here to help you.