How Long Should a Root Cause Analysis Take?

Time for a Root Cause Analysis?

How long should root cause analysis take? This is a question that I’m frequently asked.

Of course, the answer is … It DEPENDS!

However, I believe most investigations should be completed in a couple of days, weeks, or, at most, months.

Now for the exceptions…

One of the longest root cause analyses I’ve ever seen took four years. The agency performing the investigation is notoriously slow when performing investigations but this investigation was slow even by their standards. What happened? The investigation had multiple parties that were suing each other over the accident and some of the parties would not comply with a subpoena. The agency had to take the unwilling participant to court. Eventually, the evidence was provided but it took almost a year for the process to play out. 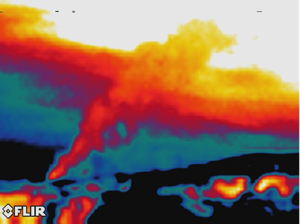 An example of a slow investigation process is the Aliso Canyon Natural Gas Storage leak root cause analysis. The investigation started 18 months after the leak was stopped.  The root cause analysis was not finished until 2019. Why? It seems the process was mired in public hearings. At the time, the spokesperson for the California Public Utilities Commission said that the “study” was in the third phase of a five-phase process. What was slowing the “study” (root cause analysis and corrective actions) down? Public hearings. Here is what an article in NGI Daily Gas Prices from July 2017 said:

“A California Public Utilities Commission spokesperson said the study remains in the third of a five-phase process that is to take more than three years. The third phase is expected to take up to nine months, and the fourth phase more than two months, before the final phase of “integration and interpretation” of the results is issued.“

The process was scheduled to take three years! That definitely makes any kind of timely root cause analysis impossible.

Don’t try to save time on an investigation by picking the fastest root causes analysis tool (for example … Spin-a-Cause™), rather pick an advanced root cause analysis system (TapRooT® RCA) that will get you superior results in a reasonable amount of time and effort.

Learn from smaller but significant incidents to avoid major accidents that have huge public relations and regulatory complications. Learning from smaller incidents can be much faster and save considerable headaches and money.

(Article republished from 2017. Thought it was time to address this topic once again.)