Monday Accidents & Lessons Learned: What’s Up with Drones at the UK’s Gatwick?

With a disruption over three days affecting more than 1,000 flights and 150,000 passengers, chaos became the temporary norm for holiday travelers and airlines at London’s Gatwick Airport, the UK’s second-largest airport. The flights standstill was caused by multiple reports of drone sightings. The sustained disruption marks the first time a major airport has been shut down due to drone activity.

The evidence of drone interference with flights began with townspeople calling police, amounting to 93 credible reports of drone sightings, then escalated with police recovering two drones near the airport’s perimeter fence. A reward of $63,000, funded through Crimestoppers for Information, is being offered by Gatwick Airport Limited for information leading to the arrest and conviction of the perpetrator. 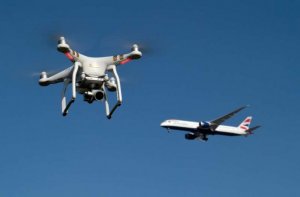 The drone culprit is still at large, with Sussex police taking the lead in the investigation but not without some who’s-on-first controversy and miscommunication.

A Sussex detective chief superintendent, Jason Tingley, kicked off the controversy when he told the BBC that inclement weather could have compromised evidence and that there was “always a possibility that there may not have been any genuine drone activity in the first place.” After Tingley’s suggestion that it was a “working assumption” that the drones found at the airport perimeter were connected to the investigation, a government source told the BBC that the suggestion of no drones at Gatwick was a “miscommunication by police.” Subsequently, the Sussex police clarified Tingley’s suggestion in its own statement but with little context. Gatwick then came out with a statement, “We are clear that there were multiple confirmed sightings of drone activity at the airport. Therefore, we took the necessary actions to ensure the safety of passengers using our airport. Safety will always be our number one priority. We continue to support the police with their investigations into this illegal and deliberate act to disrupt Gatwick Airport’s operations.”

The UK’s most senior Metropolitan police commissioner, Cressida Dick, determined that the Metropolitan police would not be intervening in the drone sightings investigation. Dick said on BBC Radio 4’s Today show that there “were many sightings of drones on a number of different occasions. The drone technology is always changing—we have to keep up with that. There are a whole variety of tactics and technologies that we are now using, can use and in the future they will have to change again I’m sure, but it is quite difficult.” Dick went on to remark, “I think the whole country and certainly the government will have watched what’s gone on and say we need to up our game here, we need to work even more closely with the private companies, we need to work even more closely with the military, we need to try to be able to prevent the criminal use of drones for whatever motivation near our airports—and, if somebody does do that, we need to find them as quickly as possible, get the drone under control and also bring the people to justice.”

Dick’s determination of the Metropolitan police not interfering in the investigation occurred after a member of the home affairs committee, John Woodcock MP, observed that this was a case for “a different police force” to look into the security incident. “This whole sorry episode shows why we need a nationally agreed and understood robust procedure for dealing with incidents like this,” Woodcock commented. “The country has been caught on the hop. There may be a case for a different police force [to get involved].”

Chris Grayling, the UK transport secretary, noted that police had “not handled their communication response well,” referring to Tingley’s supposition that there hadn’t been any drones at Gatwick.

Along with the airport and flight mayhem and the back-and-forth communications, the drone investigation also saw the police arrest a couple, only for them to be later exonerated.

The Sussex police chief constable, Giles York, admitted after the release of the arrested couple that there may have been “confusion” caused by the Sussex police force launching its own drones in the hunt for the culprit. After York’s remark, another press release was issued by the force to clarify that the illegal drone activity was not due to a police device.

As the investigation hopefully progresses, we can be sure of one thing. For the foreseeable future, “Gatwick” has become shorthand for an airport immobilized by drone activity. 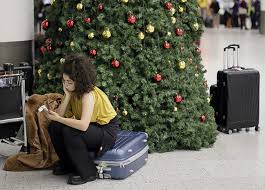