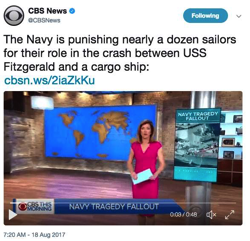 At the end of the cold war, politicians talked of a “peace dividend.” We could cut back our military funding and staffing.

Similar action was taken by the USSR Government for the Soviet fleet. I watched the Soviet Fleet deteriorate. Ships weren’t maintained. Training was curtailed. What was the second best navy in the world deteriorated. I thought it was good news.

What I didn’t know was that our fleet was deteriorating too.

Fast forward to the most recent pair of collisions involving ships in the 7th Fleet (The USS Fitzgerald and the USS John S McCain). If you read the official report (see the link below) you will see that the Navy Brass blames the collisions on bad people. It’s the ship’s CO’s and sailors that are to blame. 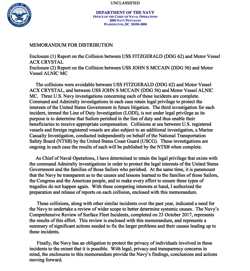 The blame for the ship’s leadership and crews includes (list shortened and paraphrased from the report above by me): 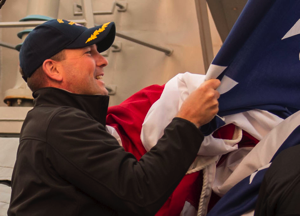 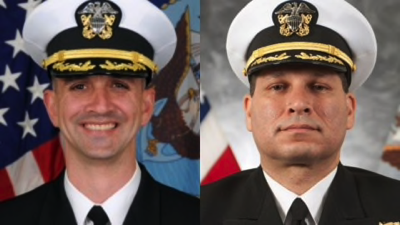 That’s a significant blame list. Can you spot what is missing?

First, the factors that are listed aren’t root causes or even near-root causes. Rather they are Causal Factors and maybe a few causal categories.

Second, the report doesn’t provide enough information to judge if the list is a complete list of the Causal Factors.

Third, with no real root cause analysis, analysis of Generic Causes is impossible. Perhaps that’s why the is no senior leadership (i.e., the Brass – Admirals) responsibility for the lack of training, lack of readiness, poor material condition, poor root cause analysis, and poor crew coordination. For an idea about Generic Cause Analysis of these collisions and potential corrective actions, see: http://www.taproot.com/archives/59924.

The US Navy did not release the actual accident investigation report (the Command and the Admiralty investigations) because the Chief of Naval Operations, “… determined to retain the legal privilege that exists with the command Admiralty investigations in order to protect the legal interests of the United States of America and the families of those Sailors who perished.” I believe the release of the actual investigation reports has more to do with protecting Navy Admirals and an inadequate training and manning of US Navy ships than protecting the US Government legally.

It seems to me that the US Navy has sunk (no pun intended) to the same low standards that the Soviet Navy let their fleet deteriorate to after the cold war ended. Bad material condition, low readiness, and, perhaps, poor morale. And the US Navy seems to have the same “transparency” that the USSR had during the communist hay day.

But I was even more shocked when I found that these problems (Training, manning, material condition, …) had been noted in a report to senior US Navy leadership back in 2010. That’s right, military commanders had known of these problems across the fleet for seven years and DID NOT take actions to correct them. Instead, they blame the Commanding Officers and ship’s crews for problems that were caused by Navy and political policy. Here is a link to that report:

Why didn’t senior leadership fix the problems noted in the report? One can only guess that it didn’t fit their plans for reduced manning, reduced maintenance, and more automated systems. These programs went forward despite evidence of decreased readiness by ships in the fleet. A decreased state of readiness that led two ships to fatal collisions. This cutting of costs was a direct response to budget cuts imposed by politicians. Thus “supporting our troops” is too expensive.

It seems from the reports that the Navy would rather punish Commanding Officers and the ship’s crews rather than fix the fleet’s problems. No accountability is shared by the senior naval leadership that has gone along with budget cuts without a decrease in the operating tempo and commitments. 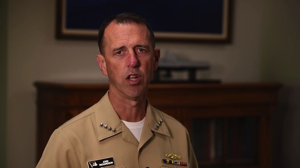 Chief of Naval Operations who says these types
of accidents should “never happen again.”

What can we do? Demand better from our representatives. Our sailors (and other branches as well) deserve the budget and manning needed to accomplish their mission. We can’t change the past but we need to go forward with effective root cause analysis and corrective actions to fix the problems that have caused the decline in mission capabilities.