New Study Suggests Poor Officer Seamanship Training Across the Navy – Is This a Generic Cause of 2017 Fatal Navy Ship Collisions?

BLAME IS NOT A ROOT CAUSE

It is hard to do a root cause analysis from afar with only newspaper stories as your source of facts … but a recent The Washington Times article shed some light on a potential generic cause for the fatal collisions last year.

The Navy conducted an assessment of seamanship skills of 164 first-tour junior officers. The results were as follows

With almost 1 out of 5 having significant concerns, and two thirds having some concerns, it made me wonder about the blame being placed on the ship’s Commanding Officers and crew. Were they set up for failure by a training program that sent officers to sea who didn’t have the skills needed to perform their jobs as Officer of the Deck and Junior Offiicer of the Deck?

The blame heavy initial investigations certainly didn’t highlight this generic training problem that now seems to be being addressed by the Navy.

Navy officers who cooperated with the Navy’s investigations faced court martials after cooperating. 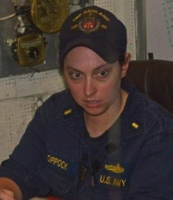 According to and article in The Maritime Executive Lt j.g. Sarah Coppock, Officer of the Deck during the USS Fitzgerald collision, pled guilt to charges to avoid facing a court martial. Was she properly trained or would have the Navy’s evaluators had “concerns” with her abilities if she was evaluated BEFORE the collision? Was this accident due to the abbreviated training that the Navy instituted to save money?

Note that in the press release, information came out that hadn’t previously been released that the Fitzgerald’s main navigation radar was known to be malfunctioning and that Lt. j.g. Coppock thought she had done calculations that showed that the merchant ship would pass safely astern. 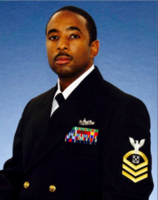 In other blame related news, the Chief Boatswains Mate on the USS McCain plead guilty to dereliction of duty for the training of personnel to use the Integrated Bridge Navigation System, newly installed on the McCain four months before he arrived. His total training on the system was 30 minutes of instruction by a “master helmsman.” He had never used the system on a previous ships and requested additional training and documentation on the system, but had not received any help prior to the collision.

He thought that the three sailors on duty from the USS Antietam, a similar cruiser, were familiar with the steering system. However, after the crash he discovered that the USS McCain was the only cruiser in the 7th fleet with this system and that the transferred sailors were not familiar with the system.

On his previous ship Chief Butler took action to avoid a collision at sea when a steering system failed during an underway replenishment and won the 2014 Sailor of the Year award. Yet the Navy would have us believe that he was a “bad sailor” (derelict in his duties) aboard the USS McCain. 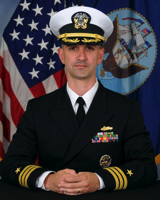 Also blamed was the CO of the USS McCain, Commander Alfredo J. Sanchez. He pleaded guilty to dereliction of duty in a pretrial agreement. Commander Sanchez was originally charged with negligent homicide and hazarding a vessel  but both other charges were dropped as part of the pretrial agreement.

Maybe I’m seeing a pattern here. Pretrial agreements and guilty pleas to reduced charges to avoid putting the Navy on trial for systemic deficiencies (perhaps the real root causes of the collisions).

Would your root cause analysis system tend to place blame or would it find the true root and generic causes of your most significant safety, quality, and equipment reliability problems?

The TapRooT® Root Cause Analysis System is designed to look for the real root and generic causes of issues without placing unnecessary blame. Find out more at one of our courses: