Safety First – How Far Have We Come?

Cynthia Crossen of the Wall Street Journal wrote an interesting article about the “Safety First” movement that started in the early 1900s. Sometimes you forget how far we’ve come improving industrial safety until you start looking at the history of industrial accidents.

For example, Cynthia quotes Crystal Eastman author of Work Accidents and the Law (1910) who said:

“Extreme caution is as unprofessional among the men
in dangerous trades as fear would be in a soldier.” 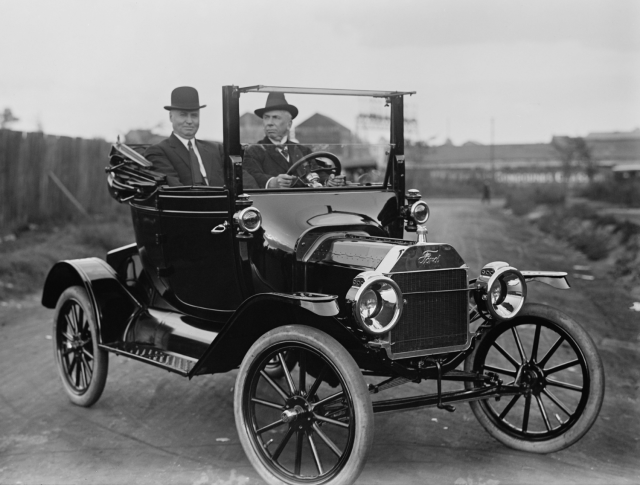 In the first nine months of 1915, more than 140 pedestrians were killed by cars in Manhattan … but not a single driver was charged with a crime. That year, J. Walter Drake of the National Automobile Chamber of Commerce said that accidents involving cars:

“Call for education, not legislation.”

Cynthia points out in the article that in 1917, the Massachusetts State High Commission said that the cause of increasing pedestrian fatalities was:

Always a smart strategy to blame those who were killed (they can’t defend themselves).

When a newfangled safety feature – the fender – was tested using straw dummies and found not to be effective … the inventors suggested that the dummies were insufficient to judge the effectiveness of the device. Instead, they suggested using LIVE PEOPLE, and having a car hit them going 12 miles per hour!

In the article, it says that in 1914, a group of New York businessmen founded the Safety First Society to promote defensive living at work and at home. Its slogan: Be careful.

Yes – things have changed. Or have they?

One thing has NOT changed. At the start of the article, Cynthia asks “Who was to blame for their deaths?” in reference to a 1919 mine disaster that killed 84 miners. We continue to ask that question – WHO IS TO BLAME – today.

In 2007, I wrote about a bus driver who is facing prison because he ran over two pedestrians. The driver was unfortunate enough to be living in 2007 rather than in 1915. In 2007, a DA has decided that the bus driver is to blame and needs to go to jail for his crime.

Yet in March 2005, a refinery explodes and kills 15 people and the US Chemical Safety Board spends over $2.5 Million investigating the accident and suggests that management is to blame due to budget cutting and poor enforcement of standards and … not a single executive at the company faces any criminal charges.

Why does it seem that there are two rules of law? One for the rich and powerful and one for the “ordinary Joe”?

My belief is that criminalizing accidents won’t cause the change that is needed. This is especially true if the penalties are only applied to those who are least capable of defending themselves – the workers.

Instead, I believe in thorough root cause analysis of accidents and the implementation of proactive improvement programs that include effective human performance improvement initiatives. This is a real, effective strategy to save lives.

If your management or your political representatives are stuck in the early 1900s – blame and training is their only performance improvement tool – now is the time to convince them to CHANGE!

Have them read this article and the one in The Wall Street Journal. See if they recognize any of their attitudes!

And if you need an outsider to help them see new strategies to improve performance … drop me a note or give me a call. We would be happy to arrange an Executive Briefing.

[This article was originally posted in September of 2007 and is being reposted here because the lessons are still applicable.]