Instead of looking at each collision as an isolated failure of the Commanding Officer (or members of the crew), perhaps Navy accidents/incidents in the Submarine fleet that include – running into a sea mountain, colliding with and sinking a Japanese fishing vessel, gun-decking chemistry logs, and hitting another Navy ship – are part of a pattern of problems that indicate deeper issues. 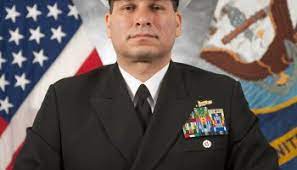 After all, does the CO, Commander Ryan Brookhart – pictured above, look like a bad person? But if he is a bad person, who gave him all those medals and made him the Commanding Officer?

Look at his public LinkedIn profile:

If he was a “bad person,” shouldn’t the Navy have known that after 17+ years of service?

If he was NOT a bad person, then shouldn’t we be looking for the SYSTEM causes that resulted in this accident?

For example, the Navy Times had this quote in an article about the accident:

“Over several months” prior to the incident, hundreds of watchstanders were tested in their ability to understand how to analyze the movement of surface contacts. The exams yielded results of 10 percent to 15 percent passing grades among enlisted watchstanders and 60 percent of officers.

“Given the attention I have personally placed on submerged contact management in briefing the waterfronts, this is unacceptable,” McAneny wrote in the message obtained by Navy Times.

Doesn’t this seem to indicate a problem far beyond a bad CO?

I haven’t finished reading the Navy JAG Manual Investigation Report, but the articles that refer to it are in full “blame” mode. They protect those higher in the chain of command by making this a story about one bad CO with some bad watchstanders who broke well-established rules. They were bad people. They listened to iPods! Fire the CO, discipline some sailors, and warn everyone else not to be bad like they were, and the problem goes away.

I’ll let you know what I think…

Until then, history tells me that we haven’t found the real root causes of this accident. And without REAL, advanced root cause analysis, they never will.