Confirmation Bias – Can You Think It Away?

As Francis Bacon once said:

“The human understanding when it has once adopted an opinion
draws all things else to support and agree with it.”

That concept has a scientific name – Confirmation Bias.

Confirmation bias can have an impact on your root cause analysis results. If you use a system that has you develop a hypothesis and then try to prove/disprove it, you may be impacted by confirmation bias.

Even though you realize the concept of confirmation bias, you may not be able to will yourself NOT to fall victim to it. In the book, The Little Book of Stupidity (2015), Sia Mohajer wrote:

“The confirmation bias is so fundamental to your development
and your reality that you might not even realize it is happening.”

However, some who promotes the root cause analysis techniques of Fault Trees and Cause and Effect suggested that once you understand the concept of confirmation bias, you can counteract it by purposefully looking for evidence that disproves your hypothesis.

Can this work? Yes, if you believe you can consistently overcome human nature. Personally, I doubt it and I have never seen any evidence that willing yourself to resist a subconscious inclination works.

The more firmly you hold a belief or the more right you think you are, the more difficult it is to seek and believe counterfactual evidence.

I have seen research that a complex concept called “consider the opposite” might work in jury trials:

“Ask yourself at each step whether you
would have made the same high or low
evaluations had exactly the same study
produced results on the other side of the issue.”

Could you do this consistently as you perform a root cause analysis? I have my doubts that I could.

So, what should you do?

My suggestion is for you to adopt a root cause analysis system that doesn’t require the development of a hypothesis.

The TapRooT® Root Cause Analysis System starts by collecting and verifying facts and organizing them into a SnapCharT®. This naturally causes the investigator to look for confirming and counterfactual evidence without putting more emphasis on either. This evidence collection and verification is a critical part of the TapRooT® investigation. It allows the root cause analysis to precede on proven facts OR at least highlights where assumptions are being made by investigators.

This eliminates confirmation bias and produces an accurate root cause analysis.

Want to learn more about the TapRooT® System? See:

Or attend one of our courses. See the upcoming course list at: 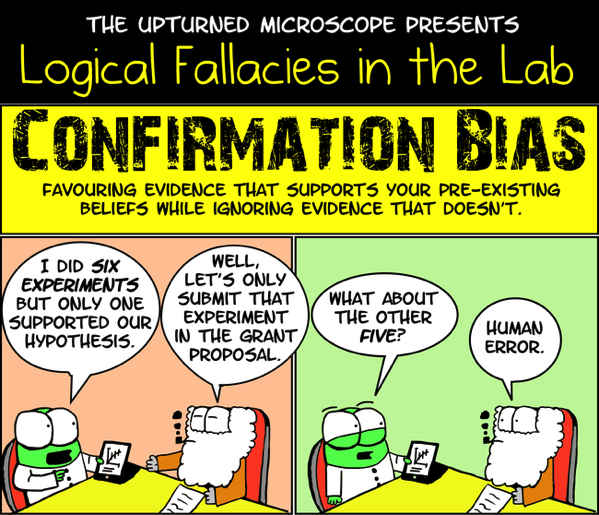 5 Replies to “Confirmation Bias – Can You Think It Away?”