What happened
Suffering from loss of vision and a subdural hematoma (bleeding of the brain), a patient checked into Vanderbilt University Medical Center, the largest hospital in Nashville, Tennessee, on December 24, 2017. Prior to a full body scan in radiology and due to claustrophobia, the patient communicated anxiety about being in the large, tubular machine. A doctor prescribed a small dose of Versed, commonly used to help a patient better tolerate a medical procedure. The nurse obtained the medicine from the electronic medical cabinet, accidentally selecting vecuronium, a neuromuscular blocking medication that causes paralysis. Administering the vecuronium dose, the nurse informed the patient that it was “something to help him/her relax.”

During the scan, the patient became unresponsive, went into cardiac arrest and partial brain death. The patient was removed from a breathing machine the next day and subsequently died. 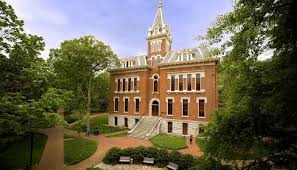 The investigation and the report
The account in the Tennessean gives us insight into this incident and the investigative report by Centers for Medicare and Medicaid Services:

“An investigation report released by Centers For Medicare and Medicaid Services details how the error was the result of the nurse confusing two medicines because their names started with the same letters.

“In an interview with investigators, the nurse said the medicine switch occurred because the nurse was struggling to find the Versed in the dispensing cabinet. Unable to locate the medicine, the nurse triggered an ‘override setting’ in the cabinet, which unlocked more powerful medicines.

“The nurse then typed the first two letters of the medication’s name — ‘VE’ — into a search field, then selected the ‘first medication on the list.’

“That was vecuronium, not Versed.

“According to the investigation report, Vanderbilt also failed the patient by not monitoring the person after the medicine was dispensed.

“Nurses are supposed to monitor patients after giving them medication to ensure they don’t have a bad reaction. But, in this case, the patient was moved into the scanning machine, so it was not immediately noticed when the person lost consciousness. Medical staff estimated that the patient might have been alone in the scanning machine for 30 minutes before anyone noticed something was wrong.

“The error briefly jeopardized the Medicare reimbursement status of one of Nashville’s largest and most prestigious hospitals.

“However, federal officials announced Thursday they had accepted a corrective plan submitted by Vanderbilt, so the hospital’s status was no longer in question.

“John Howser, a VUMC spokesman, said the plan was submitted earlier this month and revised as recently as this week. The hospital had already taken ‘necessary corrective actions,’ Howser said.

“’In reviewing the event at the time it happened, we identified that the error occurred because a staff member had bypassed multiple safety mechanisms that were in place to prevent such errors,’ Howser said. ‘We disclosed the error to the patient’s family as soon as we confirmed that an error had occurred, and immediately took necessary corrective actions (including appropriate personnel actions).’”*