Remembering an Accident: 35 Years Ago, an Explosion Ripped Through Moura No. 4 Mine in Queensland

Underground mine explosion in Queensland at Moura No. 4.

At about 11:05 a.m. on July 16, 1986, an explosion occurred in Moura No. 4 Underground Mine in Central Queensland, Australia. That explosion. later known as “Moura No. 4 mine disaster,” claimed the lives of 12 miners who were extracting pillars in the Main Dips Section. Their bodies were finally recovered on July 23, 1986, after an extensive recovery operation. 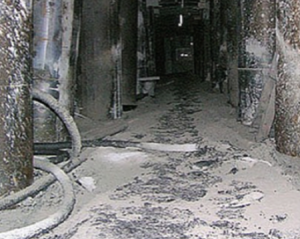 An interview with a member of the Moura No. 4 rescue team sheds light on the search for survivors

In 2016, ABC News interviewed Lester Anderson, a member of the Moura No. 4 mines rescue team sent underground in the hours following the explosion to search for survivors.

Lester said, “As we went in, you could see the devastation was just getting worse, and the atmosphere and the visibility were reducing.

“There were different levels of gasses starting to climb.

“It never leaves you. It’s just like it happened an hour ago, I mean it’s still picture-perfect. It’s very clear what we saw down there, the devastation.

“The comment from the incident management team was, ‘Congratulations, boys, you’ve just been to hell and back.’ And that sort of sums it up.” 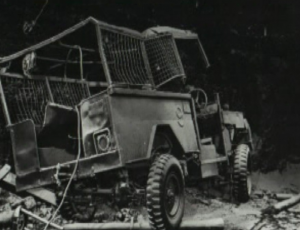 What was discovered during the inquiry process?

The inquiry into the fatal mining disaster was held in Rockhampton, conducted before the Mining Warden and four persons having practical mining knowledge.

The seam was described by witnesses as “fairly gassy.”

The inquiry found that the mine was well-ventilated and stone dusted, and return airways were continuously monitored for carbon monoxide and methane. Methane detecting instruments were also available to the section’s deputies.

The inquiry found that a roof fall had occurred in the goaf (that part of a mine from which the mineral has been partially or wholly removed) and that the wind blast from the fall blew a mixture of methane, air, and coal dust into the working area.

An explosive atmosphere developed in the working area and in particular around the deputy’s flame safety lamp.

An ignition occurred, creating a violent explosion which caused extensive damage throughout the section.

The explosion was quenched by the presence of a water barrier in the belt roadway and substantial quantities of water in swilleys (a thickening or swelling out of a coal-seam over a limited area) in other roadways.

Some eight possible sources of ignition were considered. The inquiry considered that the flame safety lamp, although properly assembled, was the most likely source of ignition.

A number of recommendations were made by the members of the inquiry, the most important of these being that flame safety lamps be prohibited from use in underground coal mines in Queensland, subject to limited exceptions. 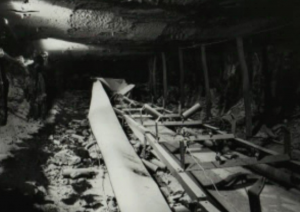 What recommendations resulted from the Moura mine disaster?

Other recommendations following the Moura No. 4 mine disaster included: research into frictional ignition, research into methane ignitions by mine equipment, formalization of training standards in the industry, the establishment of emergency procedures surrounding: explosion open fire, self-heating—spontaneous combustion and inundations, supply of gas analysis equipment in mines rescue stations to evaluate bag samples, the establishment of Simtars (In Queensland, Simtars is the Safety in Mines Testing and Research Station), an autonomous unit within the Department reporting to the Mines Minister or the Director-General, establishment of committee to investigate inertization of mines, establishment of continuous monitoring systems for mine atmospheres, defined approval for pillar management and the continuous evaluation and monitoring of international best practices regarding mine safety in Queensland. 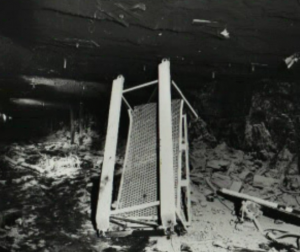 What was the cause of the Moura No. 4 mine disaster?

There were many factors that attributed to the causation of the mine disaster. The inquiry considered that the flame safety lamp, although properly assembled, was the most likely source of ignition that resulted in the explosion. 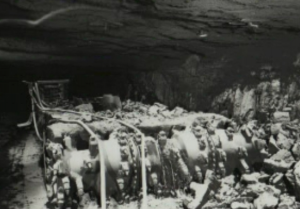 What changes to mine safety in Queensland were made following the Moura No. 4 mine disaster?

There were many changes implemented, including (but not limited to) the controversial banning of flame safety lamps), establishment of a government center for mine safety research and testing, and implementation of effective training regimes and requirements for improved emergency response. 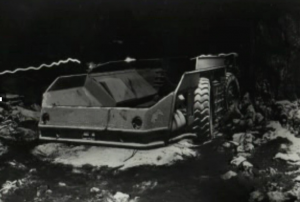 Moura No. 4 accident: A town in memoriam

You can access the Warden’s Report report to the disaster here.

Download the Inspector of Coal Mines Report in the Moura No.4 Mining Disaster.

Many thanks to Australasian Mine Safety Journal (AMSJ) for sharing this memory of what happened at Moura No. 4 Underground Mine in Central Queensland, Australia. AMSJ is the only independent publication in Australia which covers the latest industry safety and health news and trends, as well as updates on government legislation. 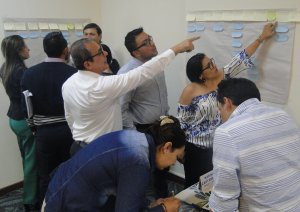 Circumstances can crop up anywhere at any time if proper and safe sequence and procedures are not planned and followed. The TapRooT® System teaches you to be an effective problem-solver. The System is a process with techniques to investigate, analyze, and develop corrective actions to solve problems. The TapRooT® process and tools are completely described in the TapRooT® book

TapRooT® has a team of investigators and instructors with years of extensive training ready to offer assistance worldwide. We also offer ongoing support to our clients throughFree newsletters andRoot Cause Tip videos, the Root Cause Analysis blog, and our annual Global TapRooT® Summit.

TapRooT® Courses are taught all over the world; if you are interested in learning how to stop repeat incidents, find a 2-Day or 5-Day course here. Or, we are available to train you and your staff on-site at your workplace; reach out here to discuss your needs. Call us at 865.539.2139 for any questions you may have.