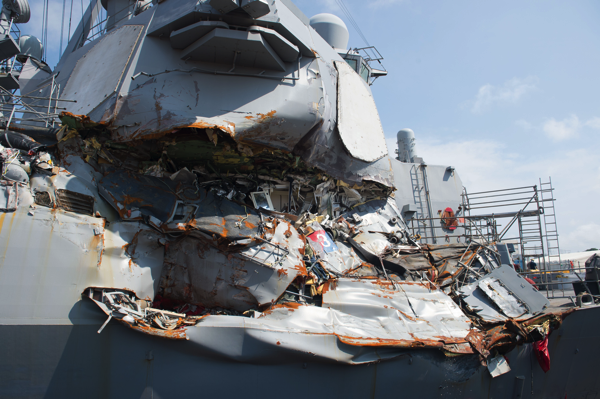 Here is an e-mail I received in response to my recent articles about the Navy’s collision root cause analysis:

As a former naval officer (and one who has navigated the infamous Strait of Malacca as Officer of the Deck on a warship bridge twice), I read your post with interest and wanted to respond.  You understandably criticize the Navy for taking disciplinary action early on in the investigation process, but you fail to understand the full scope of the military’s response to such incidents.  Yes, punishment was swift – right or wrong from a civilian perspective, that’s how the military holds its leaders accountable.  And make no mistake: The leadership of USS Fitzgerald is ultimately responsible and accountable for this tragedy.  (Same goes for the most recent collision involving USS John S. McCain, which also led to the ‘firing’ of the Commander of the 7th Fleet – a Vice Admiral nonetheless.)  That’s just how the military is, was, and always will be, because its disciplinary system is rooted in (and necessary for) war fighting.

But don’t confuse accountability with cause.  No one in the Navy believes that relieving these sailors is the solution to the problem of at-sea collisions and therefore the ONLY cause.  I won’t speculate on causal factors, but I’m confident they will delve into training, seamanship, communications, over-reliance on technology and many other factors that could’ve been at work in these incidents.  It’s inaccurate and premature for anyone outside the investigation team to charge that the Navy’s root cause analysis began and ended with disciplinary actions.  How effective the final corrective actions are in preventing similar tragedies at-sea in the future will be the real measure of how effective their investigation and root cause analysis are, whether they use TapRooT, Apollo (my company uses both) or any other methodology.

I appreciate his feedback but I believe that many may be misunderstanding what I wrote and why I wrote it. Therefore, here is my response to his e-mail:

Thanks for your response. What I am going to say in response may seem pretty harsh but I’m not mad at you. I’m mad at those responsible for not taking action a decade ago to prevent these accidents today.

I’m also a previously qualified SWO who has been an OOD in some pretty tight quarters. The real question is … Why haven’t they solved this problem with prior accidents. The root causes of these collisions have existed for years (some might say over a decade or maybe two). Yet the fixes to prior accidents were superficial and DISCIPLINE was the main corrective action. This proves the Navy’s root cause analysis is inadequate in the past and, I fear, just as inadequate today.

These two ships weren’t at war and, even if they were, blaming the CO and the OOD almost never causes the real root causes of the issues to get fixed.

I seem pretty worked up about this because I don’t want to see more young sailors needlessly killed so that top brass can make their deployment schedules work while cutting the number of ships (and the manning for the ships) and the budget for training and maintenance. Someone high up has to stand up and say to Congress and the President – enough is enough. This really is the CNO’s job. Making that stand is really supporting our troops. They deserve leadership that will make reasonable deployment and watch schedules and will demand the budget, staffing, and ships to meet our operational requirements.

By the way, long ago (and even more recently) I’ve seen the Navy punishment system work. Luckily, I was never on the receiving end (but I could have been if I hadn’t transferred off the ship just months before). And in another case, I know the CO who was punished. In each case, the CO who was there for the collision or the ship damage was punished for things that really weren’t his fault. Why? To protect those above him for poor operational, maintenance, budget, and training issues. Blaming the CO is a convenient way to stop blame from rising to Admirals or Congress and the President.

That’s why I doubt there will be a real root cause analysis of these accidents. If there is, it will require immediate reductions in operation tempo until new training programs are implemented, new ships can be built, and manning can be increased to support the new ships (and our current ships). How long will this take? Five to 10 years at best. Of course it has taken over 20 years for the problem to get this bad (it started slowly in the late 80s). President Trump says he wants to rebuild the military – this is his chance to do something about that.

Here are some previous articles that go back about a decade (when the blog started) about mainly submarine accidents and discipline just to prove this really isn’t a recent phenomenon. It has been coming for a while….

I don’t write about every accident or people would think I was writing for the Navy Times, but you get the idea. Note, some links in the posts are missing because of the age of these posts, but it will give you an idea that the problems we face today aren’t new (even if they are worse) and the Navy’s top secret root cause system – discipline those involved – hasn’t worked.

Are these problems getting worse because of a lack of previous thorough root cause analysis and corrective actions? Unfortunately, we don’t have the data to see a trend. How many more young men and women need to die before we take effective action – I hope none but a fear it will be many.

I’m not against the Navy or the military. I support our troops. I am against the needless loss of life. We need to fix this problem before we have a real naval battle (warfare at sea) and suffer unnecessary losses because of our lack of preparedness. If we can’t sail our ships we will have real problems fighting with them. 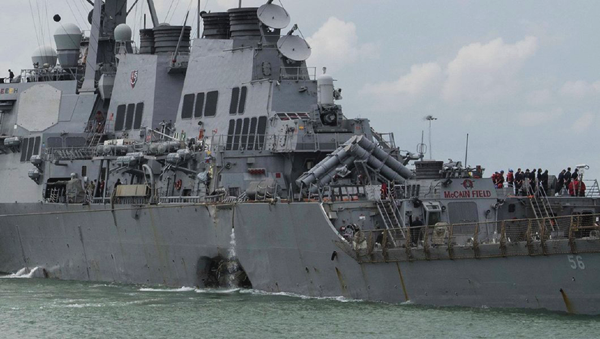