Which Human Performance Tools Work and Which Ones Don’t?

Which Human Performance Tools Work and Which Ones Don’t? 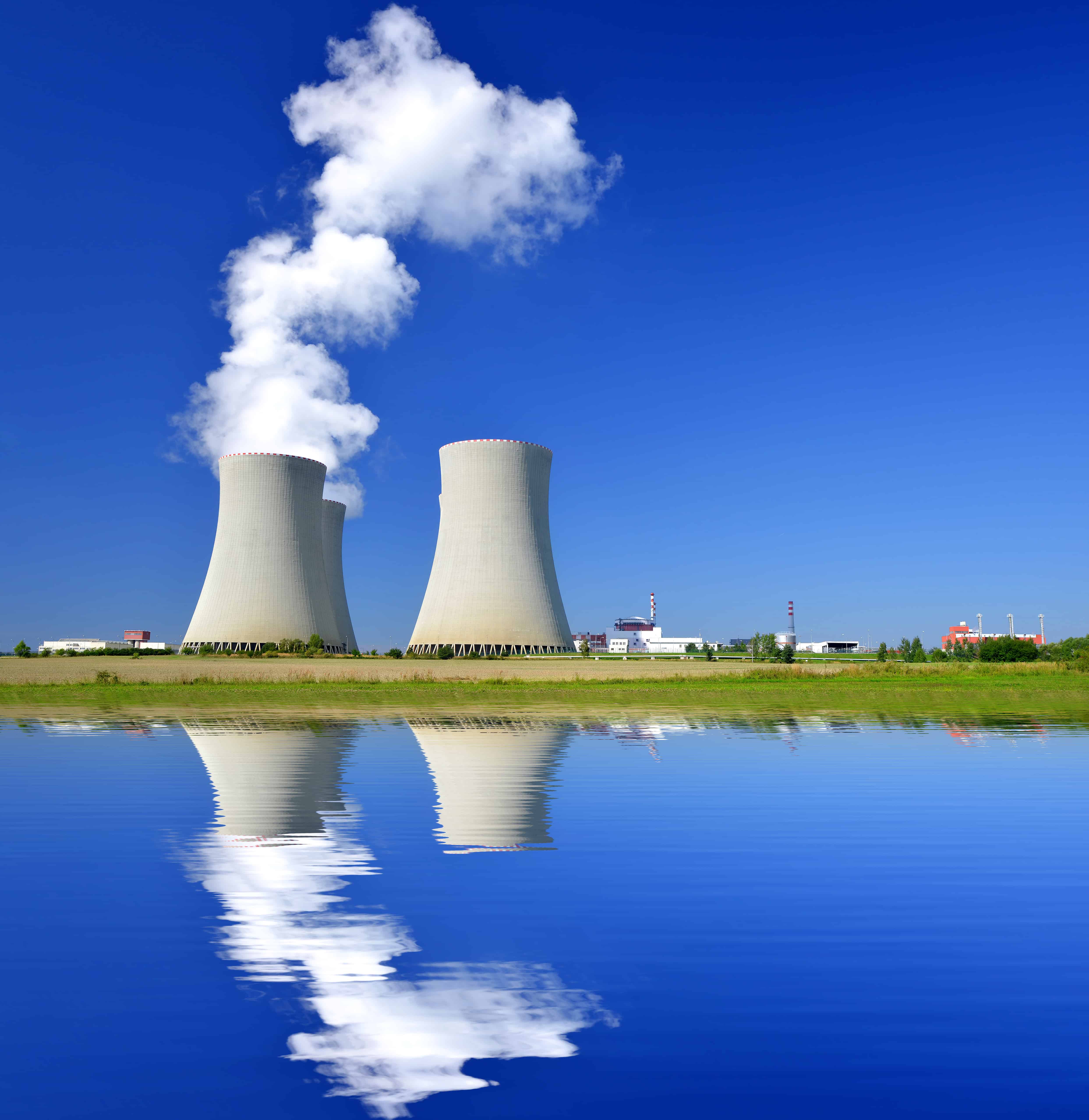 In the past two decades, the Nuclear Industry has developed tools to try to improve human performance. The goal? Achieve error-free operations. I’ve been interested in these tools and how they work.

The tools – sometimes called HU or HuP (Human Performance) tools, or HPT (Human Performance Technology) have many variations. Some were initiated by the military, especially the Nuclear Navy, and many were further applied in the commercial nuclear industry at the insistence of the Institute of Nuclear Power Operation (INPO) in Atlanta. The tools have taken on a life of their own as they have spread to other industries by various consultants who added to and modified the techniques. Thus, even though we will try to provide the most accurate description possible, the descriptions may vary from practices that you have learned from a particular consultant. Despite the variation, the basics of the tools are usually similar and include:

Which Hu Tools Work – Which Ones Don’t

I find it strange that there hasn’t been a research project to verify the effectiveness of the above mentioned human performance tools as a set. Of course, there is evidence that some of the tools are effective. For example, Procedure Use/Adherence and Placekeeping are fairly well-proven as effective.

However, for about half of the techniques, I haven’t been able to find any research that shows the tool’s effectiveness. Even worse, some of the techniques seem to violate basic human factors principles. 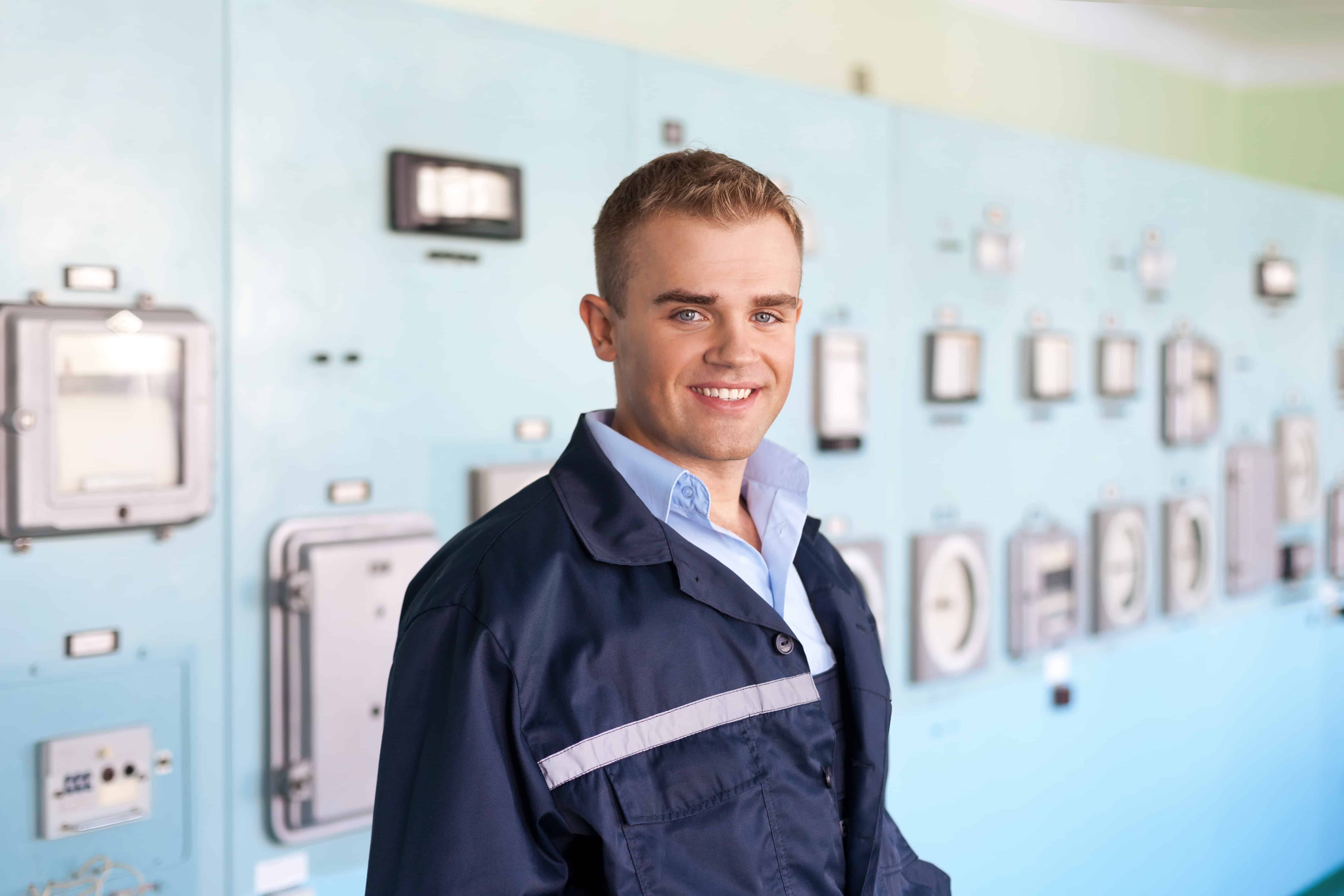 Let’s look at an example: Questioning Attitude. (The following is taken from the book, Stopping Human Error and is copyrighted material used by permission.)

The U.S. Nuclear Regulatory Commission defines a Questioning Attitude as:

“…when individuals avoid complacency and continuously
challenge existing conditions and activities in order to identify
discrepancies that might result in error or inappropriate action.”

After an accident, an investigator can usually point to the lack of a Questioning Attitude as a contributor to the accident. Obviously, if the operator or mechanic had a Questioning Attitude, they would have avoided complacency and identified the discrepancy, and would have avoided the error or inappropriate action (just like the NRC definition says).

It would be nice if people could continuously monitor their work environments and proactively detect errors and stop accidents from happening. In some cases, this happens. Workers catch mistakes and prevent accidents. But how reliable are people at continuously questioning, challenging assumptions, and detecting anomalies? That depends.

Research shows that the brain consistently makes corrections to fill in blank spots and make sense of what we see. This happens literally when the brain fills in the blank spot in your vision (see Being Wrong, Adventures in the Margin of Error, Kathryn Schulz, Harper-Collins Publishers, NY, 2010).

I’ve tried to find reliable human factors research that shows that humans can be trained to deny their human nature and become robotic, error-proof error checkers that constantly check and recheck the accuracy of their actions and the actions of those around them, but I can’t find any such research.

What can I find? The brain can detect errors. It senses when something is wrong. But there is a problem. Humans aren’t consistent. For example, they catch one typo and miss the next.

In research on detecting spreadsheet errors (yes, people are paid to detect errors in spreadsheets), several researchers found that the odds of individual inspectors finding a seeded error were 50% to 60%. (See “Does Spell-Checking Software Need a Warning Label?” Communications of the ACM 48(7), pp. 82-86, July 2005, by D.F. Galletta, A. Durcikova, A. Everard, and B. Jones and Human Error Website by Ray Panko, 2007.) See a table of error-finding probabilities compiled by Ray Panko at the University of Hawaii at this link:

A sample of the data he presented about catching errors includes:

In the paper, Thinking is Bad: Implications of Human Error Research for Spreadsheet Research and Practice, Ray Panko writes:

The second fundamental thing to understand from human error research is that making large spreadsheets error free is theoretically and practically impossible and that even reducing errors by 80% to 90% is extremely difficult and will require spending about 30% of project time on testing and inspection. Trusting “eyeballing” and “checking for reasonableness” to reduce errors to a reasonable level flies in the face of a century of human error research and is a testament to the profound human tendency to overestimate their ability to control their environment even when they cannot. (https://pdfs.semanticscholar.org/82f3/67e9ff0575091ad4c6d2fbaf236a8fe32288.pdf)

Yes, you can catch some errors. Yes, it is good to try to catch all the errors. You may even be good at it (perhaps 66%). But you won’t be perfect. And when you are imperfect, someone will say:

“You should have had a questioning attitude.” 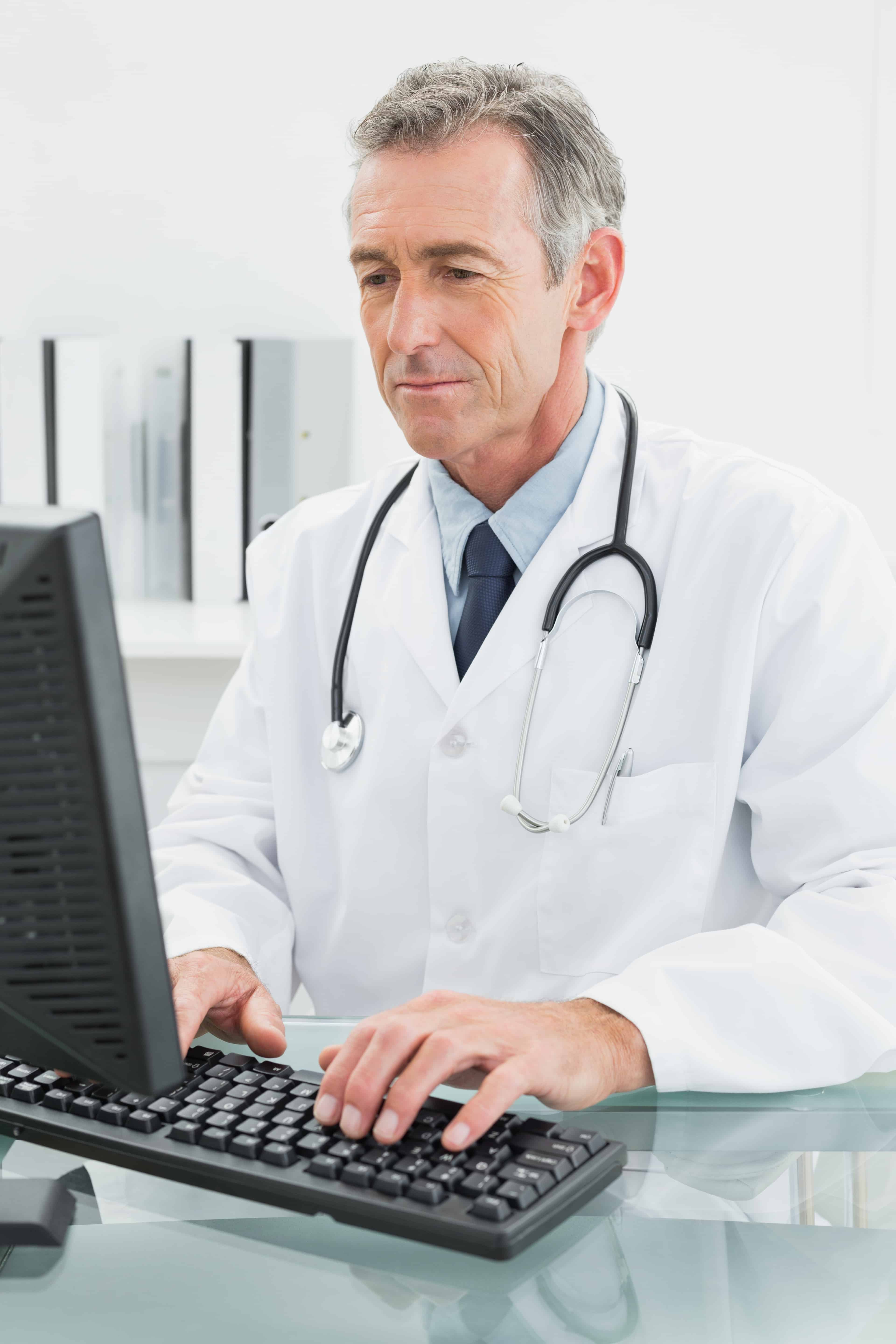 “A hospital was conducting a cancer treatment with a high-dose rate brachytherapy remote after loading system using an iridium-192 source. Just prior to the cancer treatment, the hospital had replaced the source and upgraded the software.

The patient was then treated with a mispositioned source.

The medical physicist failed to verify that the treatment computer system was correct after data entry and prior to treatment. In addition, the hospital failed to follow its procedure of performing an independent review of the treatment plan prior to patient treatment.

This scenario illustrates equipment (software) errors as the initial precipitating event. Had the medical physicist used a questioning attitude, he could have identified the equipment failure and the hospital could have corrected this failure before treating the patient”

Thus, every error – even computer errors – should be detected by a Questioning Attitude! (At least according to this article from an NRC newsletter.)

When Should You Have a Questioning Attitude?

When do human performance tool experts say you should use a Questioning Attitude? Here’s a list I compiled from different sources:

When my spidey senses are tingling! 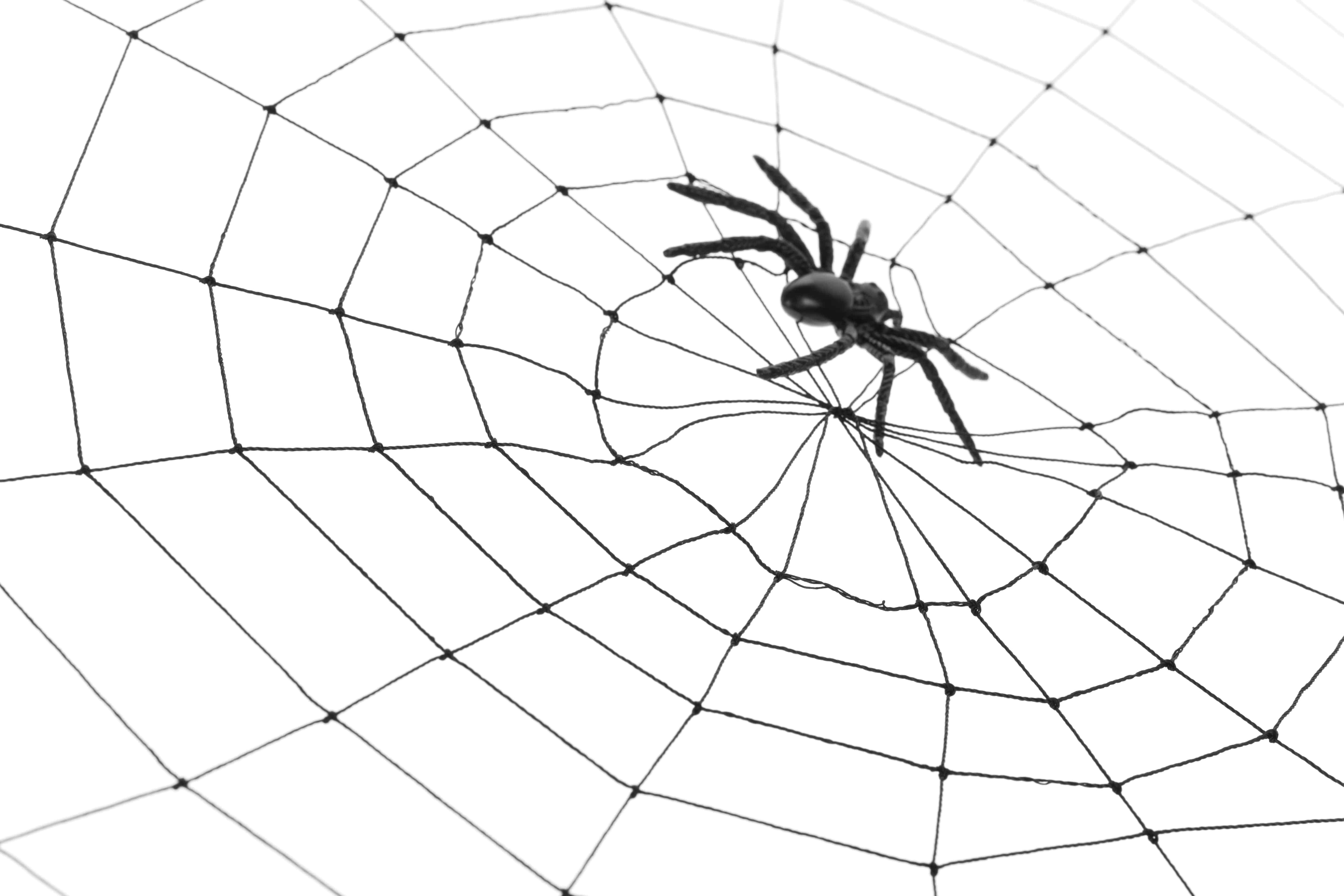 When do we recommend having a Questioning Attitude? Always!

The only time we are sure you will have had a Questioning Attitude is AFTER an accident because:

And that is the secret to this human performance tool.

After an accident, it is easy to point out where you should have noticed an error, asked a question, or doubted your senses. But, in the heat of battle, while the clock is ticking, when you have lots to do and only eight hours to do it, spotting all the errors and correcting them is NEVER a sure thing. Thus, you are doomed by fate to be caught without your Questioning Attitude when you need it the most (at least that’s what the Inspector from the NRC will say).

So, have a Questioning Attitude but don’t think of it as a magic error reduction tool.

We recommend that people have a Questioning Attitude, but we don’t see this as a foolproof tool to stop human errors.

In the book, Stopping Human Error, we cover the research and effectiveness of all the Human Performance tools. In addition, we’ve built this book and many other topics into our course:

Why should you attend the course? Ask these questions:

If any of the above questions received a “Yes!” answer, you should attend this course.

The instructors will help you understand:

You will leave this course with a clear understanding of methods to improve human performance and a plan to apply those methods at your company to achieve great gains in safety, quality, or operational and maintenance performance (all of which depend on human performance).

See the schedule for upcoming public Stopping Human Error courses HERE. Or contact us to schedule a course at your site. 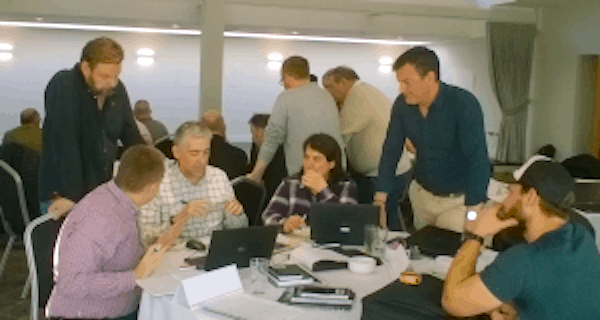 9 Replies to “Which Human Performance Tools Work and Which Ones Don’t?”