We have written about blame and the adverse effects it has on accident investigations. Here are some links:

Why Does Blame “Make Sense”?

Is Blame Built Into Your Root Cause System?

And Benna and Ken made a video about it:

Plus, one of our TapRooT® User’s (in the healthcare industry) wrote a success story about overcoming blame:

What does this have to do with the Navy and Navy Commanding Officers? 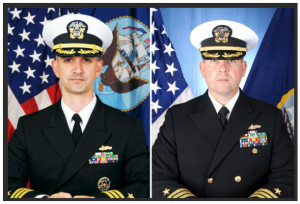 I couldn’t imagine anything worse for the CO of a Navy ship than to have this kind of fatal accident. But it can get worse. Much worse. They can Court Martial you and threaten you with prison time as punishment for the accident.

It didn’t take long for the Navy to blame the CO of the USS Fitzgerald. Two months after the accident while he was recovering from injuries sustained in the collision (the CO was almost killed), Vice Admiral Joseph Aucoin had the Commanding Officer, Commander Bryce Benson, relieved for cause. Thereafter, the Navy decided to Court Martial the former CO.

Now the Washington Times has reported that senior Navy officials, including Chief of Naval Operations, Admiral John M. Richardson, might have prejudiced the trial by their public and private comments about Commander Benson’s guilt.

Why would the Washington Times write such a story? Don’t they know the CO is automatically guilty! That’s the Navy way. And it protects the upper levels of the chain of command and the Congress from any blame/repercussions.

The first accident reports the Navy issued about the pair of 7th Fleet collisions were inadequate. (See: Navy Releases Reports on Recent Collisions and Provides Inadequate Information and Corrective Actions.)

Almost a year later, the Navy released a study indicating a Generic Root Cause that was NOT the CO’s fault. The Generic Cause that was was poor seamanship. And it was common throughout the Navy.  It was due to training and experience cut-backs that were part of cutting the Navy’s budget. Add to that  a high operating tempo causing fatigue and you have a recipe for disaster. (See: New Study Suggests Poor Officer Seamanship Training Across the Navy – Is This a Generic Cause of 2017 Fatal Navy Ship Collisions?) Also, I wrote an article specifically in response to a retired Navy Admiral’s comments on my articles. (Read it here: USS Fitzgerald & USS John S McCain Collisions: Response to Feedback from a Reader.)

By now, everyone should know – BLAME IS NOT THE ANSWER. It doesn’t cause performance to improve. It is not the answer to a system that delivers poorly trained junior officers to the fleet and required excessive operations tempo from overworked ships.

Don’t fall into the Navy’s trap. If you are a senior leader (CEO, COO, or Plant Manager) don’t allow blame to cloud your accident investigations. The MOST IMPORTANT result after a major accident is understanding what happened, why it happened (root causes), and developing and implementing effective corrective actions to make sure that that type of accident NEVER happens again. That’s what TapRooT® Root Cause Analysis is all about.

Let’s all say a pray for Commander Benson and hope that justice is done in the Navy judicial system.