After decades of teaching TapRooT® and being consulted about many investigations, I’ve met lots of root cause analysis investigators. Some were good. Some were not so good. Some were really superior. Some were horrible. Therefore, I thought it might be interesting to relate what I see that separates the best from the rest. Here are the seven traits of Great investigators.

1. They don’t jump to conclusions. The worst investigators I’ve seen think they know it all. They already have their minds made up BEFORE the first interview. They START the investigation to prove their point. They already know the corrective action they are going to apply … so all they have to do is affirm that the causes they already have assumed ARE the cause they find.

What do the best investigators do? They start by seeing where the evidence leads them. The evidence includes:

They are great at collecting evidence without prejudice. They perform “cognitive interviews” to help the interviewee remember as much as possible. (See the new book TapRooT® Evidence Collection and Interviewing Techniques to Sharpen Investigation Skills to learn more about cognitive interviews. Get the book with the course at the TapRooT Pre-Summit.)

The best investigators may have some technical knowledge, but they know when they need help to understand what the evidence is telling them. Therefore, they get technical experts when they need them.

2. They understand What before Why. The worst investigators start by asking WHY? Why did someone make a mistake? Why did the part fail? Why didn’t the guilty party use the procedure? These “why” questions tend to put people on the defensive. People start justifying what they did rather than sharing what they know.

The best investigators start with what and how. They want to understand what happened and how those involved reacted. What did they see as the problem? What were the indications they were observing? Who did they talk to and what did they say? What was happening and in what order did it happen?

People don’t get defensive about what and how questions. They are much more likely to share information and tell the truth. And these questions help develop an excellent SnapCharT® that helps the root cause analysis facilitator develop a “picture” of what happened.

The best investigators know that most accidents have multiple things that went wrong. They facilitate their team to understand all the causal factors and how these causal factors came together to cause that particular incident.

These root cause facilitators use their SnapCharT® and Safeguard Analysis to show how the problems came together to cause the incident. This can help show management how latent conditions are hidden traps waiting to produce an accident that previously seemed impossible. 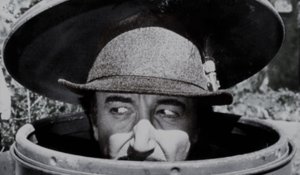 The best investigators know that human error is just a starting point for a root cause analysis. They go beyond equipment failure and beyond human error by using effective investigative techniques that help them go beyond their own knowledge.

For example, if there is an equipment failure they consult the Equifactor® Troubleshooting Tables to find out more about the failure. This helps them get to the bottom of equipment problems. They often find that equipment failures are caused by human error.

For human performance-related causal factors, they use the Human Performance Troubleshooting Guide of the Root Cause Tree® to help them determine where they need to dig deeper into the causes of human error.

The best investigators know that there are many ways to improve human performance. They understand that trying harder is important but that it is not a long-term solution. They look for human factors related fixes that come from human performance best practices. They know that the Root Cause Tree® can help them find problems with:

And that by implementing best practices related to the root causes they identify, they can reduce the probability of future human errors.

Beyond practicing their skills, they attend the only worldwide summit focused on root cause analysis and investigation facilitation – The Global TapRooT® Summit. At the Summit, they benchmark their skills with other facilitators from around the world and share best practices. Think of this as steel sharpening steel.

GOOD NEWS. The knowledge and skills that make the best investigators the best … CAN BE LEARNED.

Where? Have a look at these courses:

And then plan to attend the Next Global TapRooT® Summit in to sharpen your skills (or have those who work for you sharpen their skills).

Great Posts for Your Reading